Rockstar Games’ Grand Theft Auto series has received a lot of flak, from all sides of the political and ideological spectrum. They aspire to being The Great American Satire, and sometimes they achieve moments of wit and insight, but while they’re great games, all too often as cultural critique they resort to lazy, crass caricature that says little more than, “America, huh?” 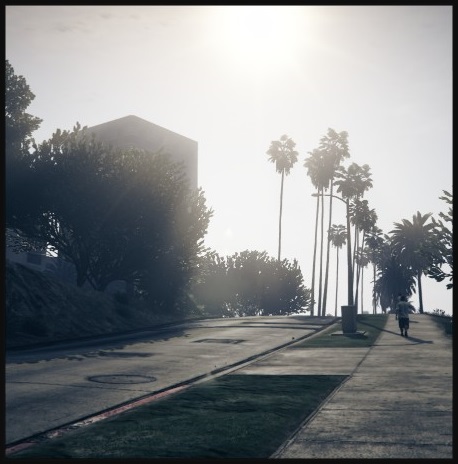 At the same time, Rockstar creates virtual worlds that are utterly beautiful. They aren’t so much carbon copies as distillations of places and moods; they resemble nothing so much as our collective dreams, filled by magazines, movies and TV, of New York or Miami – or, in the case of the most recent addition to the series, Los Angeles. GTA‘s Los Santos is a bad place to live, due to its crime, hypocrisy and legions of video game players looking to shoot up Vespucci Beach with a garishly coloured assault rifle, but it’s a great place to visit. The following snapshots are just a small snapshot of 24 hours wandering Los Santos.

One thought on “They create worlds: Grand Theft Auto”