Karyn Kusama’s Destroyer fails for me (and maybe for me only) on a mere technicality. Consider Nicole Kidman’s character, a police detective by the name of Erin Bell. She walks as if she is in constant pain, or medicated, or both. There are flashbacks with her partner and later boyfriend Chris, where she looks younger and healthy. It’s just that it is implied that she has to take drugs and/or alcohol in order to infiltrate the bank heist crew run by Silas (Toby Kebbell). There are only very few scenes, and very late in the movie, that really let us know what it cost Erin to stay in Silas’ crew. What drungs did she have to take in order to keep her disguise? And what about Chris? And her lower jaw seems wired or dislocated – is that from the car crash she produced herself long ago? We just don’t know. And it’s Erin Bell’s face that the whole movie rotates around. On the whole, Destroyer raises far more questions that it answers. 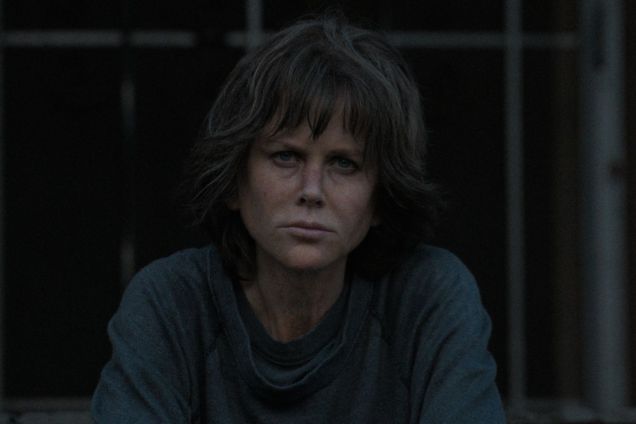 I am very well aware that there are viewers who find that lack of background not much of a problem. To those I say: I envy you. You must have been able to enjoy those two hours much more than I did. Erin Bell is at the end of her tether, but her old gang seems to have surfaced, and she must do something about it, and the reasons for her emaciated, unwholesome look will either be revealed or not. Me, I had to think about it for a long time, and I was actively looking for clues. Is that Stevia in her coffee, or is that how she takes her pain medication?

That distraction led me away from a movie that has a great cast (I mentioned Kidman, Kebbell and Stan already, but added to that are Tatiana Maslany and Scoot McNairy, Toby Huss and Bradley Whitford in smaller roles). There is also a painful heart-to-heart between Bell and her daughter Shelby (Jade Pettyjohn) which is one of the best scenes of the movie. But since Kidman is in almost every scene in the movie, the question of her physical and psychological deterioration loomed large for me, and it didn’t get away. Maybe a second viewing will improve my experience, but the thing is, Bell’s trajectory still might lack a few points, and that won’t make the movie any better in my mind. But if you like Destroyer, then you do so after the first session. 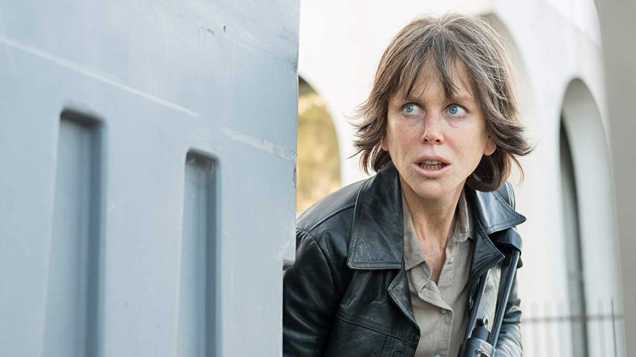