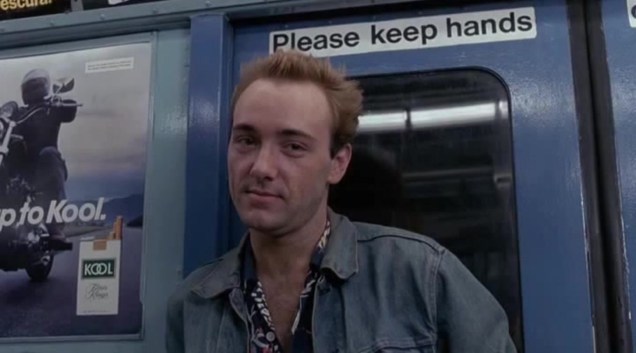 2017 has been a difficult year. I’ve realized that, since the news about them broke, I have avoided all films starring Kevin Spacey or produced by Harvey Weinstein. Same goes for Woody Allen, Bryan Singer and others. I would like to say that it was an unconscious decision, but I have to confess that it was largely intentional. Used to be a time when I could easily divorce an artist’s stupid statements or antics from his or her outstanding artistic performance. The fact that Morgan Freeman appears in a Turkish Airlines ad makes him look like an idiot, but it probably won’t keep me from watching The Shawshank Redemption again. With sexual threats or abuse by Weinstein, Spacey and far too many others, a line has been crossed. I can no longer sit there and watch John Doe do his grisly work without thinking of Spacey and his crimes. So how to react? Should I really stand before my movie shelf and start throwing out Seven? The Lord of the Rings trilogy? Anything ever produced by the Weinstein Company and Miramax? All the Tarantinos? The English Patient? How do Woody Allen fans react to such abuse? Fans of X-Men or The Usual Suspects? I know, of course, that the harm done to the abused persons is not limited to the movie business, and that the damage they suffered weighs far more than the harm done to cinema and acting, but since movies are a crucial way of storytelling, at least to me, and since storytelling has the human condition at its center, I suspect that those movies will play differently to me when (if?) I watch them next time. Something, a kind of honesty in storytelling, will be lacking. 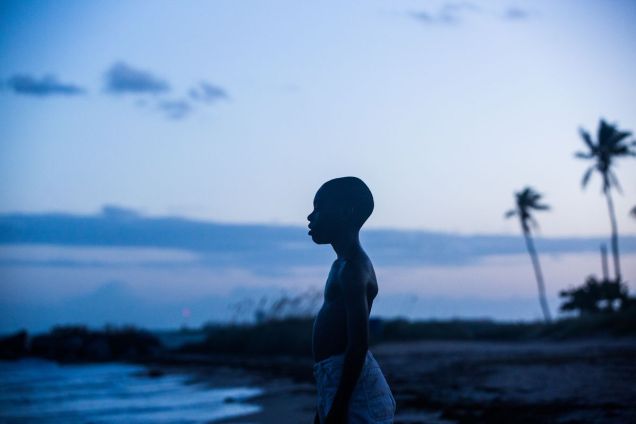 On a happy note, 2017 brought us a masterpiece very early on. I don’t think there is a more poetic movie than Barry Jenkins’ Moonlight this year. It’s a coming-of-age story of rare beauty, with a main character who is played by three different actors, all of them a treat to watch. It’s about two boys/men who have to admit to themselves and each other that they might be gay, and in love with each other. Moonlight is not all that far away thematically from the other highlight of the year, Chan-wook Park’s The Handmaiden, about a Korean gang of thieves who try to infiltrate a young woman into a rich Japanese household where she has to steal the master’s fortune, but falls for his wife.

Among other excellent offerings from the big screen was Lady Macbeth, with the excellent Florence Pugh in the title role. For some reason, I often think of the scene where she has to fire a shotgun, and the recoil from the gun lets her topple to the ground, and she gets back up, all business and strategy, and fires again. Other movies would have cut away, but William Oldroyd’s film makes you watch. Another unflinching film was Julia Ducournau’s Raw, a coming-of-age story about a young woman who slowly has to realize that she might be a cannibal. Other very good movies were Wonder Woman, a movie that seemed to lift DC comics out of their cineastic mediocrity, and Logan, savage and sombre like a Viking burial.

I have to admit that for the last two or three months, it felt like there was a draught around here movie-wise. There are many films on the best-of lists in other countries that have not yet made their way to Switzerland, but are slated for early 2018: Call Me By Your Name, The Florida Project, Mudbound, The Killing of a Sacred Deer, A Ghost Story. You will read about some of them here, promise. And if even two or three of them are really good, that would prove my theory that some of the best movies play here at the beginning of the year. How’s that for a horoscope?

And so maybe Netflix is a more democratic medium than the big screen and its distribution system because you get your show on your small screen as early or late as anybody else. It brought very good stuff like Mindhunter or The Sinner in a time where the 2017 seasons of older shows didn’t really keep up their quality, such as Orange is the New Black or Stranger Things. While Orange, in its fifth season, doesn’t know what to do with so many of its interesting characters and struggles with tonal problems, Stranger Things does in its second season what it did in its first season: Will Byers is in danger from the creature from the Upside Down. Talk about diminished returns. 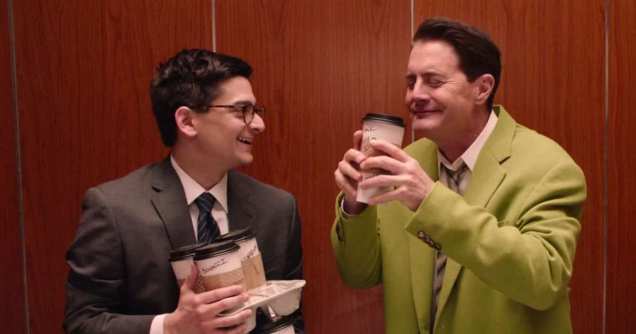 But there were other shows that kept their promise: Legion is a superhero series for all those who wouldn’t usually tune in to anything associated with Marvel or DC. Tom Hardy’s Taboo is essentially a ghost story, and I still don’t know what the hell happens at the end, but it’s very much worth a second viewing. One of the two series that must share the top spot in 2017 is David Lynch’s Twin Peaks: The Return. Lynch has taken his partially unfinished Nineties series and made it his very own thing. I can easily imagine that some hardcore Twin Peaks fans must have turned their backs on The Return, mainly because some episodes take up all of their patience (for instance the Las Vegas casino episode), but if you let it, it was one of the most astounding trips that Lynch could have sent us on – and since it’s Lynch, that’s saying something. I wish those who feel the need to figure out what happened all the luck in the world; me, I just let TV gems such as episode 8 wash over me, and I happily accept that the universe was vomited into existence by a humanoid fetus floating in infinite nothingness. Or something.

The other series that has come to its end is HBO’s The Leftovers. The first season had its problems, mainly because it had to stick to Tom Perrotta’s novel, but seasons two and three were free to do with the characters and the story what they wanted. There are no weak moments in those two seasons; instead, the characters and the story grow more and more interesting. It’s 28 episodes long, so it doesn’t overstay its welcome. And the series finds its perfect ending, without big revelations and CGI climaxes. It’s just someone talking, and someone else listening, and that’s it. The end. The whole series is up there with the best of them.

There is also the German horror series called Dark which brings such a rich and dark atmosphere and is so well cast that it doesn’t much matter that the plot doesn’t really hold water. And if you ever feel like swapping Arthouse for Grindhouse, be advised that Blood Drive will go to great lenghts to gross you out: it’s about a car race across a post-apocalyptic America, where the cars run on human blood. Yeah, it’s as savage as you think it is, but there is some sort of twisted charm to it, and once in a while, that is exactly what the doctor ordered. And I hear very good things about Godless, a tale set in the American Southwest, and much more than a Western. There are good things out there. Onwards.