I admit: sometimes I find them intimidating. The classics, the cinema icons, the films that everyone says you should watch because they are just that good and the directors who made those films. What if I watch one of those films and I don’t like them – or, worse, they don’t do anything for me and barely evince any reaction whatsoever? (Somehow it’s easier to dislike an iconic film than to be indifferent to a supposed masterpiece of the art form.) Which may go some way towards explaining the big pile of Criterion films I’ve bought but haven’t watched yet. Of course I want to watch them, I will watch them – but not just yet. I’ll get around to them. Eventually. Perhaps there’s a part of me that doesn’t want to watch them so much as it wants to have watched them.

Michelangelo Antonioni’s Blow-Up was one of those films for a long time – but then my kindly co-baristas here at A Damn Fine Cup of Culture went and did a podcast episode about seeing our cities, the places we live (or have lived) in, on film, and Alan chose to talk about the London of Blow-Up. And at that point I couldn’t really not watch it, could I? (Mind you, it still took me more than seven months, but I think that this year has given me enough of an excuse for that sort of delay.)

END_OF_DOCUMENT_TOKEN_TO_BE_REPLACED

Well, at least when it comes to her latest hit… We went to see Atonement yesterday. I think the book’s one of the best novels to come out of England in the last few years; it’s intellectually stimulating as well as moving, with some grandiose setpieces and a lot of subtlety in its characterisation. (The only Ian McEwan novel I didn’t like so far was Amsterdam, the one he won his Booker Prize for.)

It’s a hell of a book to adapt to the screen, though. So much of it – its narration, its style, its themes and motifs – is, at its heart, literary. It’s a novel about writing and about fiction, and some of this is likely to be spelled out or left out in an adaptation. Nevertheless, it’s disappointing to see how often the movie chooses to be bluntly explicit when a more implicit approach would have made things more interesting. Like the trailer embedded below, the film version at times seems to be written in large capitals telling its audience what is going on: Imagination! Accusation! Betrayal! And a hard-boiled egg! (Okay, I made that last bit up.) 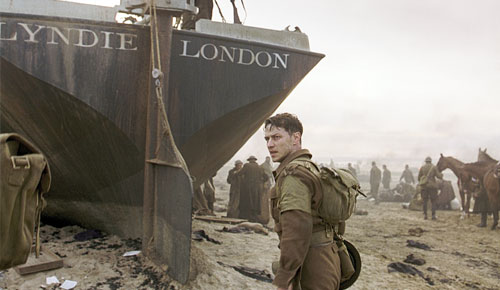 Also, I honestly don’t see why people keep praising Keira Knightley’s performance in this film so much. I liked her Lizzie in Pride and Prejudice, but there’s nothing much in her Cecelia Tallis that we haven’t seen before. There’s stuck-up Keira, passionate Keira, angry Keira and languishing Keira, and that’s about it. Frankly, I thought her performance was fairly similar to Elizabeth Swann in the Pirates of the Caribbean films – not one of the Top 10 performances in movie history, in my opinion.

All in all, much of the first third of the film didn’t work that well for me. It takes a special skill in an actor to pull off “upper class” without falling into a caricature of the “upper class twit” worthy of school theatre and Monty Python. Many of those ageing RSC actors can do it, but in Atonement my main thought was, “If that’s what the British upper class is like, then the masses would have chopped off their heads hundreds of years ago… or otherwise they deserve them!” Every actor seems intent on showing the audience, “Class snobbery is wrong! These people are hateful, hateful idiots!” Which, frankly, I don’t need spelled out in ten-foot letters underlined three times.

However, the film gets a number of things very right. Many of the wartime scenes, especially the already famous long tracking shot along the beach, are quite stunning. There’s a dreamlike quality to some of these scenes that is miles removed from the literal-mindedness of the beginning and ending. The same goes for the scenes in hospital which do not flinch away from the horrible wounds of the soldiers coming home from France. While the cinematography is beautiful, it still gets across the ugliness of war in a few very effective shots.

Still, while there were things to admire, I have to wonder in the end: is such an Easy Reader version of Ian McEwan’s intricate, beautiful novel really necessary? And is it enough to be able to say, “Well, they didn’t screw it up too badly… They did quite okay”? And why, oh why, are so many reviewers infatuated with Keira Knightley?

P.S.: If my suspicion is correct, merely mentioning Keira Knightley in this blog entry should get me lots of hits.