I’ve been underwhelmed by three of the most recent films I’ve seen: Zero Dark Thirty, Django Unchained and Lincoln. Yet these are all films that have received rave reviews from the critics; for instance, Kathryn Bigelow’s latest received a Metacritic score of 95/100, Django Unchained has a Rotten Tomato score of 88 out of 100, and all three were Best Picture nominees at the recent Academy Awards.

Obviously an argument can be had about the Oscars and whether they truly reflect what’s best about movies – an argument I’m not particularly interested in getting involved in. What I’m more interested in is this: do all these films depend on the particular culture that gave birth to them? More specifically, to what extent do they depend on an American audience?

As a non-American, it’s not that I’m disinterested in the films’ topics, but I don’t have any connection to them. Slavery, particularly as it was practised in the United States, and the hunt for Osama Bin Laden – neither of these have any particular, personal relevance to me. Going into the films, though, I felt that they required, perhaps even demanded such a personal connection to be at their most effective. For an audience that saw the 9/11 attacks as aimed at them – not at the Western world in general, but at them as Americans – it might be easier to identify with Zero Dark Thirty‘s heroine and her obsessive hunt for Bin Laden. For an audience that culturally still lives in the aftermath of slavery and its legacy, the sight of a black gunslinger exacting brutal revenge on the one side of the cinematic spectrum, on the other a tall, gangly president seeking to end not only a war but a racist, inhumane practice deeply entrenched in the national culture – I expect that these resonate in ways particular to that audience. 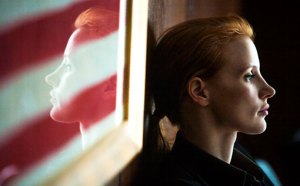 Except that resonance wasn’t there for me. Whereas 9/11 felt like a shared event even on this side of the Atlantic (with some caveats – the discussion on the terrorist attacks very quickly became critical of the United States in Europe), the hunt for Bin Laden didn’t. The most personal connection I have to slavery is remembering seeing Roots on TV, which barely counts. Yet there are films that manage to make essentially American topics more universal, where I don’t feel I have to have grown up in a specific culture to connect to them. Did these three films end up less effective, and less successful as movies, because they were aimed at a very specific audience?

It’d be interesting to hear some opinions on this issue. What were readers’ opinions of these three films? To what extent did you feel that they spoke to you – or failed to speak to you?

Note: While Argo could also be said to be about a particularly American topic, it didn’t feel like it to me. This doesn’t mean I agree with the Academy’s opinion on the film – I enjoyed Argo but would call it a good film, not a great one – but in the end I enjoyed it more than either Zero Dark Thirty, Django Unchained or Lincoln. Then again, I haven’t fully enjoyed any of Spielberg’s movies in a very long time… but that may be material for another blog post.