He picks them up in the streets of Anchorage, Alaska, some of them in broad daylight. He starts with local middle-class girls and women, then changes to hopeless drifters and whores because nobody is going to miss them. He rapes and tortures them for weeks in his flat. The less satisfying ones he shoots right there in his living-room where all the animal trophies with their dead eyes look upon the unspeakable acts he commits. The better ones he loads in his Piper plane, flies them to his lonely, wintry hunting grounds, where he sets them free and watches them stumble away through the crosshairs of his rifle. He lets them run until they think that there is the faintest sliver of an escape. Then he shoots them and watches the light die in their eyes. 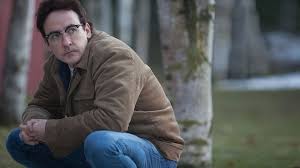 You shouldn’t have to be told that “The Frozen Ground” is based on a true story. It’s a movie about the twelve-year killing spree of Robert Hansen, a well-liked baker in whose shop cops gather for coffee and doughnuts. He is played by John Cusack, and I’ve just realized that I don’t remember what his voice sounds like. It’s Cusack’s performance that stands out in an otherwise generic exercise. The Hansen in the movie is guarded, watchful, generally friendly. He is boring and can blend in. He is married and has two kids with his second wife. Some say he has a stammer, but how do you know if he says so little?

There is a cop who hunts him, called Halcombe, played by Nicholas Cage, an amalgamation of several real-life cops who were on the case. It’s a decent enough performance, but it’s one that Cage seems to have played at least three times before, and he does nothing with his role to elevate it to Cusack’s level.

There is one girl who gets away while Hansen prepares the Piper for take-off. This is Cindy Paulson. Halcombe must win her trust so she will testify; if she doesn’t, there is no way they can charge Hansen with anything. She is played by Vanessa Hudgens, who could be dismissed as some teenage bimbo from half-assed teenage movies. Not after this movie, she won’t. She plays Cindy as a damaged kid who is almost glad that, after Anchorage, there is nowhere left to run to. Hudgens doesn’t go for manipulative emotions, but for guarded mistrust and self-reliance. There are pieces missing with Cindy Paulson, and Hudgens manages to make us care about her, and so we tend to identify with Cindy, a teenage hooker who lies about her age. She is the entry-point for the movie. Halcombe is the motor for the plot, Hansen is the boogeyman. 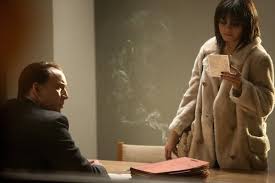 The movie is flawed. Halcombe’s family is perfunctory and only there to remind him that they will move to brighter pastures in two weeks, while he cannot let go of the missing girls. Halcombe’s wife is played by Radha Mitchell, an actress who can improve any movie she is in. Not here: the screenplay makes her and Cage play out stuff from the stock cop plot shop. There are supporting roles that don’t lead anywhere, which is a shame when they’re played by actors such as Dean Norris. There is also a confusing scam between two pimps who quarrel about who owns the rights to Cindy. I also minded the prolonged scene where we get to see Vanessa Hudgens pole-dancing. I don’t much care if Hudgens is shapely and pretty; I get that she had to dance for money during in a brief scene; there is no need to film her body from all angles.

The ending is a shame. The Halcombe family, not moving after all, see Cindy off at the airport. That scene is just too fucking cute, Cindy leaving like that over a sickly-sweet soundtrack. I would like to have heard what she had to say to Halcombe.

His last scene with Hansen is weird, too: Halcombe gets a confession out of him by opening the door and letting Cindy take a look at him. That’s too easy and too fast, and a whole scene seems to be missing here. The movie is in a hurry to clean up.

Hansen was caught in 1983, and only after presented with overwhelming evidence did he admit to killing 17 women, but might be responsible for as many as 30. He got convicted for murdering four of them and for the rape and abduction of Cindy Paulson. In Hansen’s home, Halcombe found a map of an uninhabited area full of red crosses. The police went to those spots and dug. Some bodies could not be identified, some were already eaten by animals. Others have not been found, and they might still be lying there, freezing and thawing with the change of seasons, lying there for more years than they had living years on earth.