Saul Goodman is one of TV’s greatest supporting characters. He’s definitely one of the funniest, with Breaking Bad‘s writing and Bob Odenkirk’s acting working together to create comedy magic. At the same time, the humour is never at the expense of the character, which is a rare thing – each wisecrack, each lopsided bit of legal advice adds to the character, an amoral cynic with the surprising occasional flash of a moral compass underneath all the quips and jadedness. However, supporting characters do not necessarily make good leads. Is Saul a Walter White – or, better, is he a character entirely of his own that can support his own series? 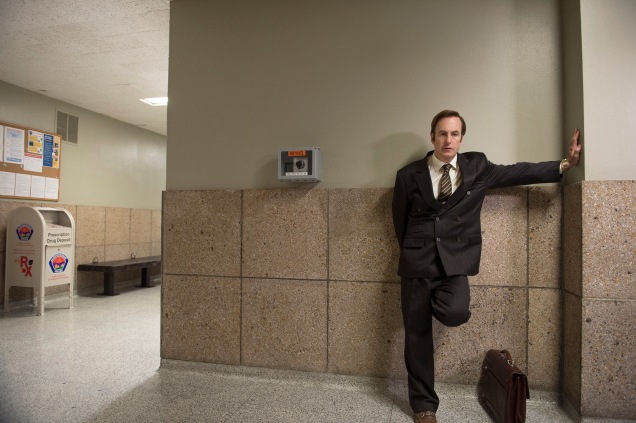 Better Call Saul is better than could’ve been expected. It’s funny and poignant, and it’s that rare prequel that gains from knowing the original story without depending on it entirely. The writing is sharp, the acting is great, and the new characters work well, even if none of them are likely to enter the All Time Book of Great TV Characters the way that Walter White, Jesse “Yeah science, bitch!” Pinkman, Gus Fring or Mike Ehrmantraut did. At the same time, it’s frustrating: all the raw material is there, but it doesn’t quite add up. Better Call Saul tells the story of how Jimmy McGill, former con man and proud holder of a law degree from the University of American Samoa, tries to redeem himself in his eyes and the eyes of his brilliant but troubled brother Chuck, and how this redemption fails because to Chuck his brother will never be anything other than Slippin’ Jimmy, a good-for-nothing loser and crook. It’s not the most original story, though it comes to live thanks to the characters – but it suffers from serious structural flaws.

There are stories that can support a meandering structure, but the tale of how Jimmy converts to Saul isn’t one of these. It stumbles at the beginning by leaning too heavily on its parent narrative, bringing in crazy drug kingpin Tuco Salamanca in the very first episode. Now, Tuco was never my favourite character in Breaking Bad – he’s okay, but I quickly found his manic, psychotic demeanour tiresome – but he works well enough in the episodes he’s in. The problem is this: a prequel that pretty much starts with “Remember this? What good times we had?” doesn’t exactly exude confidence in its own existence and in the story it wants to tell. So that’s already a couple of episodes that, while pleasant enough, don’t take the series anywhere particularly interesting. Unfortunately it continues in a similar vein: things happen, they’re moderately entertaining, but they don’t add up to much, nor do they suggest that Better Call Saul wants to do anything other than hang out with a fun character from that series that had come to an end. 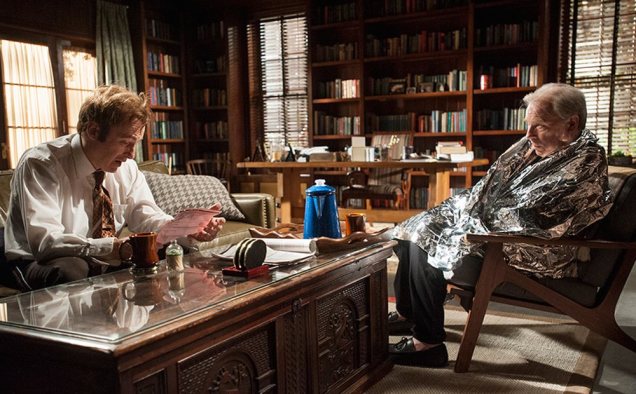 There is an episode focusing on Mike, and on its own it’s very strong: again, it tells a fairly conventional story – of corrupt cops and a father failing his son – but it tells that story effectively, with Jonathan Banks showing why he was one of Breaking Bad‘s MVPs. At the same time, it doesn’t further Better Call Saul‘s narrative and it doesn’t even tell us anything much about Mike that we didn’t already know or suspect. It basically was a best-case scenario of that worst of sins that a prequel can commit: filling in blanks that didn’t need to be filled in. As a result, the episode, “Five-O”, comes across as either fan service or fanfic: the best of either, but essentially inessential. There are undoubtedly worse ways to service your fans, but “Five-O” still finds Better Call Saul walking in circles, trying to find what it’s actually about.

And then come the last three episodes, and finally we have something approaching a story arc. Jimmy stumbles across a case that could both make his name as a lawyer and redeem him (or so he thinks) in Chuck’s eyes. In those episodes, Better Call Saul finds a focus, it’s going somewhere, its story beats give what was an amiable but shambling comedy much-needed direction and surprising tragic potential. What’s most tragic, though, is how all of this could’ve come together sooner, and to stronger overall effect, if all the pieces had been laid with more consideration for what the season’s story turns out to be. We have Jimmy McGill tempted by corruption, easy money and the looming shadow of Saul Goodman, for want of a less clichéd term; we also have Jimmy seeing an opportunity to prove and redeem himself. The series didn’t need to spell out these two choices explicitly, but it needed to juxtapose them, it needed to structure them so we see them as a choice, not as a bunch of largely unconnected episodes. 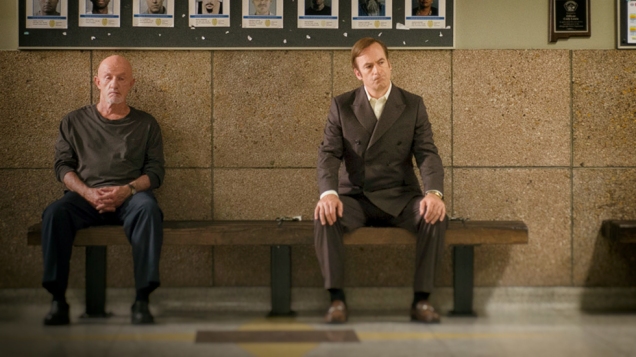 There wasn’t much that was needed: a more conscious reshuffling of story beats, some more awareness of how these play off of each other, a sense of structure and rhythm. The peak that Better Call Saul reaches in its penultimate episode, and the episodes right before and after it, show how great the series could be if it makes up its mind. It’s a good first draft that shows great promise – but for its second season, I very much hope that there’s a second and perhaps even a third draft, and a clear idea of what Better Call Saul wants to be. If it wants to be pleasant, entertaining fan service with the occasional peak, okay – but like Jimmy McGill, it could be so much more, and that’s its tragedy.

P.S.: I’ve been neglecting this blog recently, but I’m hoping to be back now and writing regularly again. In the meantime, many thanks to my co-blogger for looking after the place and keeping it alive and well.

P.P.S.: This series was my first foray into Netflix; I’ve become a happy convert and welcome our new streaming overlords. Now we just need a service that combines all of these different offers, or at least access to all of them in Switzerland.

One thought on “Jus Sauli”