How long is long enough to shake the unfairly high expectations created by everyone loving a new series? I never watched Mad Men back when it first aired, but now that the series has come to an end I finally decided to dust off my Season 1 box set and acquaint myself with Don Draper and company. The result: I don’t dislike it, I find it intriguing, it’s beautifully made, and yes, Don is an attractive figure – but I have to admit that I don’t find myself caring all that much. 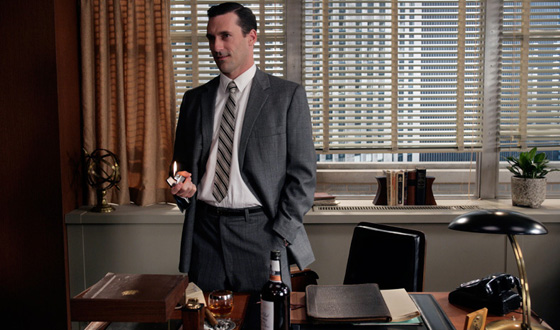 I can’t exactly put my finger on what it is, though. In many ways the series resembles The Sopranos; both focus on a strong central character, his family life and his work environment, both feature characters that are sexist, racist and often hypocritical, yet there are half-repressed doubts about how they lead their lives, and the narrative rhythms and structures used are similar. Neither the ad men of Madison Avenue nor the mobsters of New Jersey are immediately likeable. Nevertheless, I find Tony, Chrissie and Co. more engaging than Don and the good people of Sterling Cooper. Is it that I’m more conditioned towards appreciating David Chase’s (deceptively) genre fiction than Mad Men, which doesn’t fit as neatly into a genre? 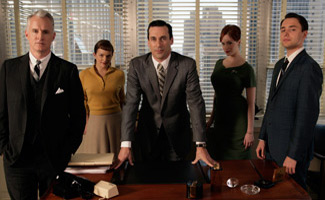 I’ll have to watch more of the series to make up my mind, but I think part of it is this: the series deftly skewers its glossy, sexist world in vignette after vignette – yet it also seems to have a yearning for that world’s shiny surface. Like Don Draper, Mad Men undoubtedly looks attractive, and many of its reviewers would, implicitly or explicitly, express how they’re drawn to the world it evokes, in spite of how horrible it is in many ways. I don’t share that attraction myself. I see how aesthetically pleasing Mad Men is, but I find so much of what it depicts offputting. The sales pitch isn’t working on me – and with that ambivalence being lost on me, the series also loses for me what I think many like about it: the tension between surface and what’s underneath.

I’m not giving up on Mad Men; there is a lot there that I find appealing, primarily some of the actors and the writing, and I’m curious how it’ll develop. Perhaps I yet have to learn how to savour it like a good malt whisky and perhaps it’ll grow on me yet, but for now I’m not quite sold on it.