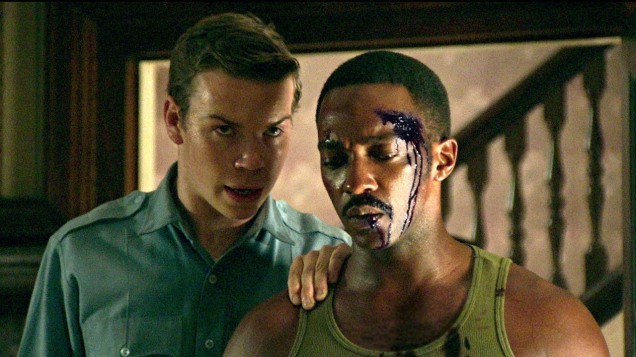 Detroit is a miss. The beginning and the ending are weak bookends to a middle that is strong and impressive cinematically, but the movie as a whole lacks two basic ingredients: a moral point of view, and a minimum of Detroit-specific context. I don’t think either of these flaws are the director’s fault: Kathryn Bigelow knows how to place her audience in the middle of a scene involving crowds, be it a war or a riot. My guess is that the lack of context comes from the screenplay by Bigelow’s frequent collaborator Mark Boal, who wrote The Hurt Locker and Zero Dark Thirty, also directed by Bigelow. 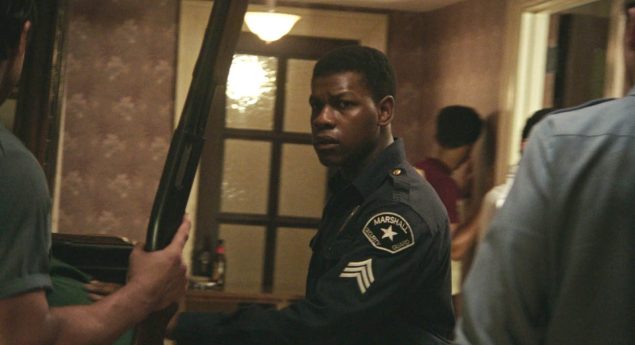 Detroit starts with several minutes of title cards explaining that in 1967 Detroit, there were black neighborhoods with a curfew, and the police was biased if not outright racist in enforcing it. Black folks had to meet and party in secret. What comes across pretty clear and strong actually explains only little: How was that specific for Detroit at that time? How did that situation differ from the one in Los Angeles just before the Watts riots only two years before? In a movie called Detroit, there needs to be more background of how it got to be that way.

We see city police raiding an illegal bar frequented by black men and women. The police wants to round up far too many of them and doesn’t have enough police trucks to bring them in, other black people see their friends and neighbors standing against the brick wall, they see that the white cops are vastly outnumbered, and a riot starts. State police and the National Guard are brought in to quell the situation and prevent looting. Feel free to apply inverted commas liberally here because what the police really do is brutally beat and shoot black people. Those riot scenes go on for slightly too long, but they serve to introduce the three white city cops Krauss, Flynn and Demens (played by Will Poulter, Ben O’Toole and Jack Reynor). Their boss tells them: “We don’t shoot looters in the back,” very slowly, as if they had to be reminded. Krauss answers in all honesty: “How else are we supposed to stop them?” 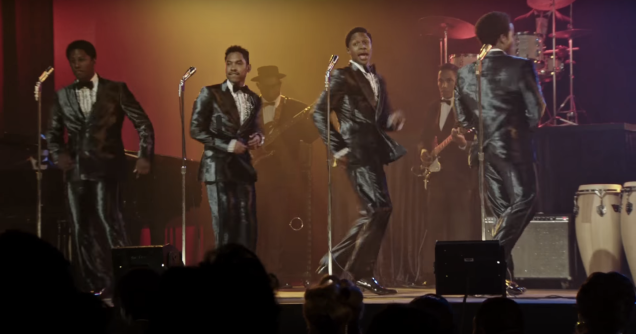 Other characters emerge. There is Larry (Algee Smith), a member of the band The Dramatics, and his best friend and bodyguard Fred (Jacob Latimore), who have to evacuate from the Fox Theatre just before their show starts because of the rioting outside. They meet two white girls at the Algiers Motel, Karen and Julie (Kaitlyn Dever and Hannah Murray), and start flirting. Other characters are already in the motel, such as Greene (Anthony Mackie), a Vietnam vet who celebrates his return home. And there is Melvin Dismukes, a security guard, two blocks away from the motel, who brings coffee to the National Guard because they will keep looters away from the store he has to guard.

All of those characters gravitate towards the Algier Motel. Some practical joker named Carl thinks it’s funny to fire a starter pistol out of the motel window at the National Guard, until they start surrounding the motel. Krauss, Flynn and Demens turn up and demand to see the pistol. Carl can’t produce it, and Krauss shoots him when nobody is watching, and he places a knife beside the dying man. It’s his M.O. Krauss then rounds up Larry, Fred, Greene, Karen and Julie and others and says that he will start shooting people if they don’t tell him where the gun is. He brings one hostage to an empty motel room and pretends to shoot them (he beats them up and then shoots into the floor near where they lie). Demens doesn’t get the hint and shoots one hostage dead. Krauss may be a stupid racist, but there is no end to Demens’ stupidity. In the end, three black men will be dead, the other nine people will all bleed from repeated beatings, in fear for their lives. 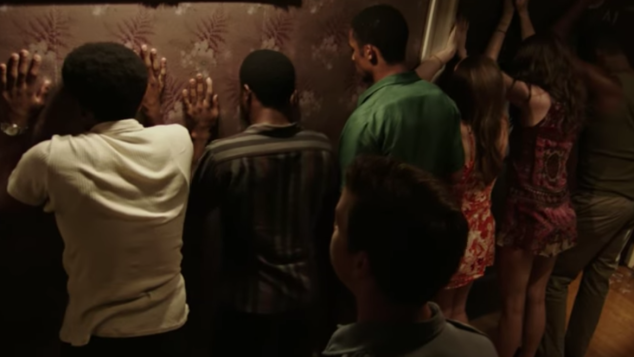 Those moments in the motel are the movie’s most crucial moments, and they are Bigelow’s forté. She shot those scenes, with the African-American men and the two white women face-first against the wall, with three of four cameras and let the scene run on, needing only two or three takes. My quarrel with those scenes, intense as they are, is that Bigelow is not too interested to let us realize what it must feel like if a white racist cop points a gun at a black man, or threatens to beat him. She simply shows us. The movie clocks in at 143 minutes, but it is in too much of a hurry to specify in too much details how the riots started, and why. For such a violent movie, Detroit doesn’t feel the need to explain how that violence came to be. It’s a mercy that the title cards don’t say that it’s all based on a true story, but if Bigelow is frank enough to state in an interview that the events in Ferguson prompted her to do this film, then she and Boal should have taken much more care with the social circumstances. I respect that those scenes at the Algier Motel were reconstructed by way of eyewitness accounts of the survivors, but there would have been ample time in the first half hour to introduce fictional characters who speak for whole segments of society at the time: black women, politicians, civil rights activists. None of them are in the movie in any significant way. A curfew in black neighborhoods and institutional racism just isn’t typical of Detroit.

Which brings me to the lack of moral standpoint of the movie. It barely addresses the 1967 implications when racist police find a black man and two white women together in a motel room. The racial and sexual undertones are handled with one or two sentences of dialogue, and then we’re back at white cop versus black man again. Detroit features very few black women: there is a receptionist Larry flirts with briefly, there is a mother crying for her son, and a grandmother dispensing a few words of wisdom, and that’s it. In a time where to be black and to be a woman was a double disadvantage, it’s a mistake to relegate black female characters to the margin of the movie. I cannot dismiss the thought that it’s probably a problem that Bigelow and Boal are both white and trying to comment on a problem that only a black person can fully understand; when the credits rolled, I couldn’t help but wonder what Ava DuVernay would have made with that material. 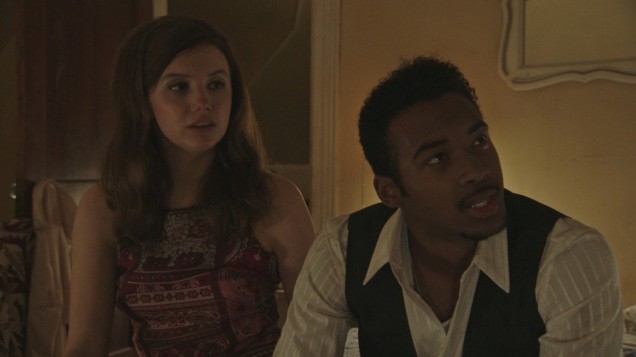 Melvin Dismukes is played by John Boyega, and he is a kind of mediator. He is black, but wears the uniform of a security guard. He tries to talk reason to both sides, but there is precious little he can do against Krauss’ nervous prejudice, and so he fades into the background until you forget that he is there. I know that the movie follows the events of that night, but Boyega should have given more to do in his scenes. By not showing him, or by showing him standing by, he seems to condone Krauss’ violence.

The movie also doesn’t know what to do with Krauss, Flynn and Demens. It is, of course, not on their side, but there is not a shred of background about how Krauss came to be such a racist. The movie ends with the three cops on trial for murder, but we never really know what Krauss thinks of being accused, and we don’t know how Demens tries to cope with murdering a man. All three of them are judged not guilty by an all-white jury. The end cards tell us that neither of them returned to active duty, and that one of them had to pay a fee to the family of one of the victims. I sat there and thought: “Which victim? And which cop?” Again, the lack of context bothered me. It reveals a lack of precision, maybe also a lack of confidence in the material. To me, a white man living in a white neighborhood, and not in the US, Detroit plays a lot like a historical action movie, mainly because it is shot that way, while to a black African-American person, in big-city US and even elsewhere, it plays like a horrifying documentary about everyday life, and not so historical after all.