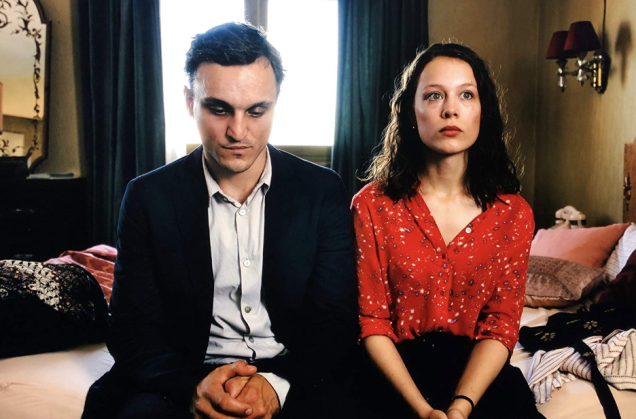 It’s spooky how easily Christian Petzold’s Transit juxtaposes the mass escape from Germany in 1940 with the mass migrations of today. There should not be so many parallels between the two movements, 70 or 80 years apart, but there are. His movie is based on the 1944 novel Transit by Anna Seghers, which mainly takes place in Marseille and is about a small group of German migrants who want to flee Nazi Germany and get a transit visa in order to get to Mexico. Petzold’s movie shows them in today’s Marseille, trying to flee the country, but getting stuck in the red tape procedures that must be all too familiar to any migrant anywhere.

If this all sounds leaden and sad, despair not. Petzold is very good at using three or four characters and letting them bump into each other to see what will happen, but at the same time, there is a sense that greater historical forces are at work behind the scenes. Petzold keeps it light, considering the seriousness of the material, and there is almost always a love story and/or a case of mistaken identity, and sometimes we are seeing a ghost. There is Georg, a down-on-his luck German who finds himself in the hotel room where a German writer called Weidel has just committed suicide. Georg assumes Weidel’s identity and falls in love with his wife Marie, who is desperately trying to find her husband. 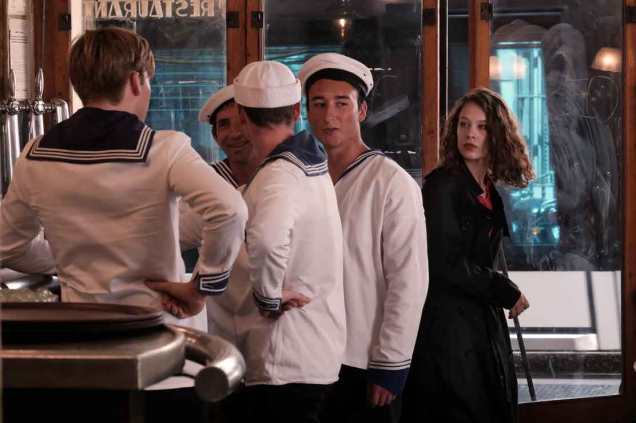 I would like to say that Petzold wrote the movie together with his frequent collaborator Harun Farocki, a prolific filmmaker himself; Petzold, in an interview, went as far as to claim that, since Seghers’ Transit was Farocki’s favorite novel, all of the movies written by Farocki and directed by Petzold have something of Seghers’ novel in them. It is a cruel twist of fate that the finished movie Transit is the first that is not written by Farocki, but by Petzold, since Farocki died in 2014 after an early version of the screenplay, one that set the movie exclusively in the 1940s, but struck Petzold as too historical and would have been too expensive to film. Farocki is buried in the same graveyard as Anna Seghers – which might be another strange twist of fate.

So Georg has to live with the fact that Marie loves him, but might leave him as soon as her husband turns up. And she gets news that, indeed, her husband has turned up, since it’s Georg who is impersonating him in order to get Marie and himself out of the country. Can you see what I mean by saying that there are sometimes ghosts in Petzold’s movies? There are appearances, impersonations and disappearances, like the one of a mother and her son. One day, they are just not there anymore, and Georg sees a big family of strangers living in the flat where Driss and his mother used to live. “They’re gone,” the new tenants tell George simply, as if it was unsafe to tell him any more about Driss’ fate.

Georg and Marie are played by Franz Rogowski and Paula Beer, two actors I have not seen before, but want to see again. This, too, is some kind of trademark of Petzold’s; he casts the right people in the right roles. Transit is one of the rare movies where Petzold’s muse Nina Hoss doesn’t appear, but Paula Beer looks a lot like her. Another ghostly coincidence. 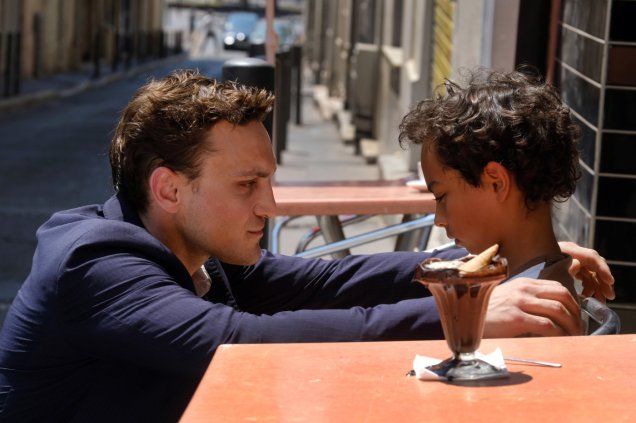