Making my way through Criterion’s Ingmar Bergman collection, I am impressed by the director’s collection of self-pitying man-children.

Did I say “impressed”? I meant “annoyed”. 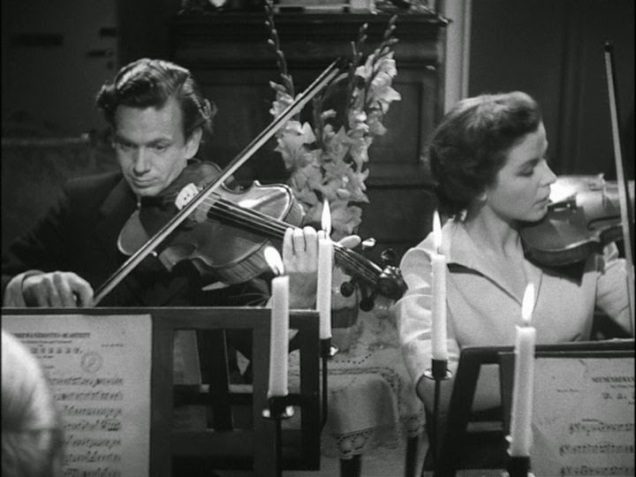 We’ve seen types like the emotional violinist Stig (Stig Olin, who we’ve already met in Crisis) in Bergman’s other films: young men who feel that the world owes them, who think that they’re better than the rabble and the phonies around them (I’ve never read The Catcher in the Rye, but I imagine Holden Caulfield as not dissimilar to Stig, if perhaps a bit less Scandinavian), but at the same time they are full of doubts and self-loathing. Are they really the best ever and the world just doesn’t recognise their value, or are they really as mediocre as everyone else and therefore even worse? Oh, the humanity.

To be fair, Bergman is very well aware of the flaws of these characters, and To Joy isn’t kind to Stig and his flaws. It doesn’t make him particularly sympathetic; the film’s sympathies are almost entirely with Marta (Maj-Britt Nilsson), the woman Stig falls for, marries, betrays, returns to and finally loses. As so often in Bergman, it’s the female character that is more mature, more rounded and more of a person that you actually want to spend 90 minutes to two hours with. She’s by no means perfect, as she suffers from doubts that become crippling at times, in ways that make her an early example of a character suffering from Impostor syndrome. But, differently from Stig, her flaws make her more engaging.

Which makes me wonder why it’s Stig who is the protagonist of the film, even if we see almost as much of Marta. Was Bergman trying to castigate his own younger self? It is difficult to shake the impression that Stig is something of a stand-in for, and perhaps a caricature of, the artist who thinks he is better than everyone around him can even begin to understand, and at the same time fears he is worse.

To be fair, there is much to like about To Joy. As a filmmaker, Bergman is strikingly confident even in his early works, even if he is held back by melodramatic scripts and central characters that are unlikeable and not always particularly interesting either. His collaborations with his lead actresses may already be the strongest aspect of his work in his early films. And as Stig gets older (though he doesn’t necessarily grow up) and the themes of mediocrity and of accepting that you may never live up to your hopes and aspirations become more central, and as the marriage between him and Marta goes sour, To Joy‘s psychological drama becomes a more interesting film.

The film never quite shakes its core problem: that it is difficult to make a self-pitying, immature man into the focal character of a tragedy without turning the audience against him.  But there is clearly a lot of promise in early Bergman and an upwards trajectory, from Crisis (1946) and A Ship to India (1947) to To Joy and beyond, to the stronger, later material. 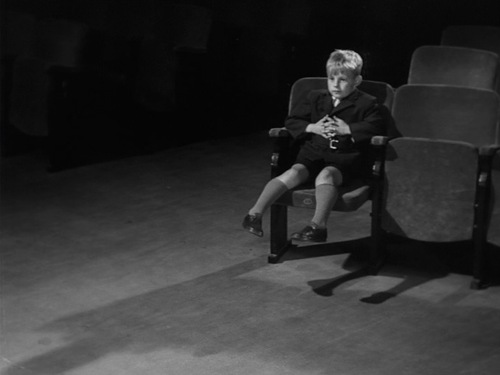