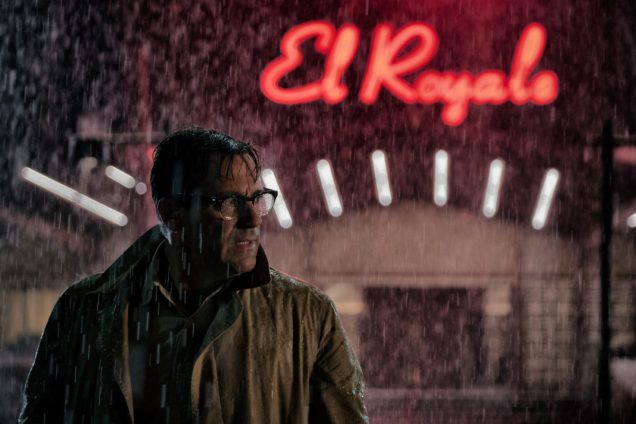 I recently read an interview with a game designer. Among other things, she talked about how, in many computer games, your avatar is often in mortal peril, and how such a situation is not only an option, but the very point of many computer games. You might die, so your main goal is to survive. She called that the stress of dying. I am very much a non-gamer, but I know what she means. Although the drama of life vs. death, whether it be your avatar’s or any other character’s in a game, is higher in a potentially fatal scenario, it might take your attention away from the intriguing story, the elaborate graphics or the well-written characters themselves. Sometimes it’s about exploring and going places, about living in a new universe, not just surviving it. Or about admiring the craft.

It’s a similar thing with movies. Some stories are there to show how the characters go through life. They start somewhere, we get to see them in their day-to-day, then stuff happens, and then they change, and the movie wraps up eventually. There is a meditative calm in a movie that doesn’t put its characters at risk. I’ve got nothing against a good duel or a murder mystery, but it needs to fit the story, and there must a kind of point to it. Drew Goddard’s Bad Times at the El Royale provided me with a lot of stress of dying because some of its characters will inevitably die. How do I know this, going in? Because there is a lot of money underneath the floorboards of one of the rooms, and because the Chris Hemsworth character, a svelte seducer named Billy Lee (so seductive that he is in danger to seduce even himself), is so clearly modeled after Charles Manson. Such a premise doesn’t lend itself to introspective contemplation.

It’s not a bad movie; it’s just that there is little point getting invested in a character only to see them die at a seemingly random point in a movie that doesn’t really earn its 141 minutes running time. It might also seem significant that the candidates for an untimely death all sit around a roulette table. It’s a bit on the nose, but this is not a very subtle movie. There is a very good theatrical opening scene where a man (Nick Offerman) hides his loot in a room and then dies. There is another very good scene where an excellent singer called Darlene Sweet (Cynthia Erivo) belts out a song and claps her hands in order to enable another character, a man called Father Flynn (Jeff Bridges), to get the money out of the floor, while yet another character, a woman called Emily, is standing behind a one-way mirror with a shotgun, looking in on Darlene, thinking Darlene is merely rehearsing her song. If Emily is going to figure out what Darlene is really doing, Emily is going to use her shotgun. See what I mean with the stress of dying?

All these characters come together at the El Royale motel, which is built half on Californian soil, and half on Nevada, which of course means all the gambling equipment is in the Eastern part of the main hall. The rooms have one-way mirrors so that gangsters were able to film the politicians in those rooms who thought they could misbehave unobserved. There is one important roll of film, and there is the money, and so the game, as they say, is on. This is reason enough for the characters to decimate each other. It’s like Tarantino and Agatha Christie had a love-child. Not much more is made of that border aspect, giving the movie a kind of style-over-substance veneer. There are many things in the movie that are there just to mislead us. There is an obnoxious travelling salesman calling himself Laramie Seymour,who talks in a stilted, patronising way, played by Jon Hamm, who just seems to be there to give us the lay of the motel, and then he is… well, eliminated. 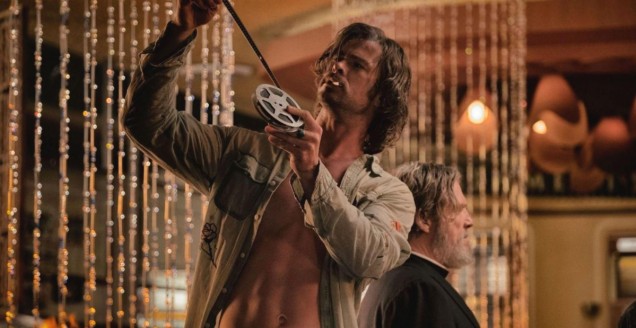 And every one of these characters has a backstory and so a particular reason to be there. Goddard, who also wrote the screenplay, takes his time to tell the story, dedicating slightly more time to the stars (Bridges, Hemsworth) than to supporting characters. I am fond of a slightly cheap, pulpy feeling in a movie because it is often a sign that the filmmakers are prepared to cover ground that would not feature in a more timid movie. It’s just that the stress of dying, and the not-so interesting backstories, don’t really let the movie take off and do its own thing. 141 minutes are a risk with that kind of story, and here, the film is stretching thin and in danger of falling apart. Goddard got those elements together much better in The Cabin in the Woods.

One thought on “El Royale, Come Down in the World”