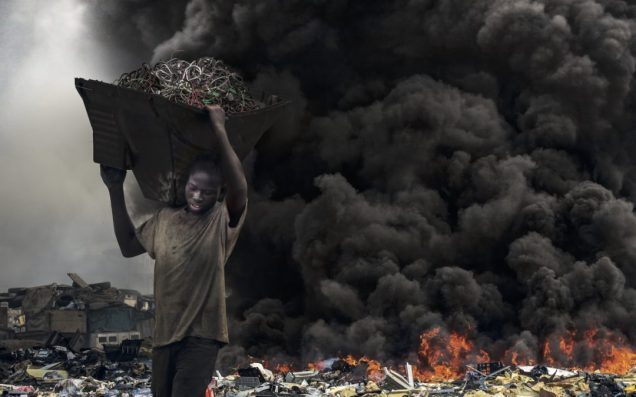 I am writing this on a laptop with internet connection. I’ve got another laptop without internet that I use for writing because if I have to research something, it might lead to unbridled surfing. You know how it is. I have owned four or five laptops before, and maybe seven or eight cellphones until now. Then there is all that hardware at work that got upgraded regularly. That must be thirty to fourty units of hardware just because of me. I am a moderate user because the digital superhighway is not my preferred means of communication, but not using laptops or cellphones makes you a hermit without wanting to be one. Even my daughter gets her homework online. So yes, I have my hardware needs, and so have you. But where do our machines go after we dispose of them?

We’ve all heard about that place in Ghana where most of our computers, laptops and cellphones go. Welcome to Sodom is the movie about it, and you have to see it to believe it, and even then it is hard to believe. It’s an Austrian documentary, directed by Christian Krönes and Florian Weigensamer. Their camera never leaves the place that once was a green swampland, and now has become a highly toxic, electrical rubbish tip on which 6’000 people live their lives, looking for metal to sell by all means necessary. Talk about wasteland.

It must be highly harmful to live there. The favoured way to get to the metal in the computer wiring is to burn a heap of cables, and to swing the burning, melting mess on a stick through the air until the plastic coating has melted away. That is cinematically beautiful, but that is, of course, not what the movie wants to show us. By using this highly problematic way of recycling used copper wiring, Sodom partly prepetuates its own existence, but then, the people there have no choice. There are always dark, toxic clouds over Sodom, apart from the fact that every square foot is loaded with rubbish, most of it from wealthy Western states. I am glad that movies cannot transport the smell of the place, because the look is really bad enough. There are movies that deal with a serious medical issue so well that they feel infectious in a medical sense. This is one of them. And there is so much trash in this movie that I look at recycling with suspicious eyes since.

And I also suspect that at least two of the characters in the doc are mentally damaged by living in that environment. There is the preacher, hiding his face behind a newspaper, preaching his sermons to people who won’t stop for him. The other one is Mohammed, who tells us how the burning of wiring makes him so hot that he needs several bags of plastic water a day to cool and clean his face and body. He is cleary not well, and I hope his wish of escaping that hell will come true, and soon. There is a Jew, who must hide his faith and his homosexuality, or he will get beaten up. He lives on top of the debris, in a hut made out of just that debris. 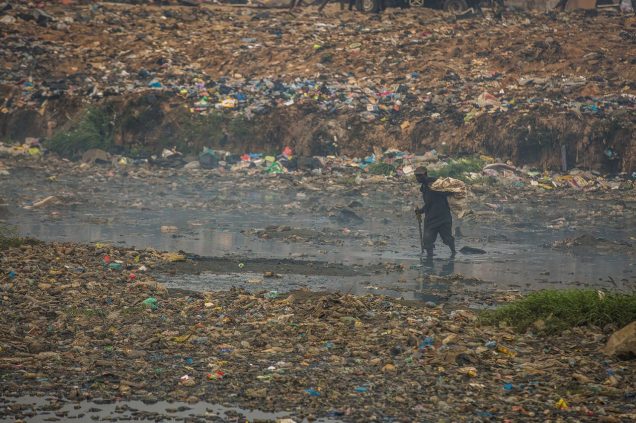 Just imagine how quickly some companies renew their computer hardware because there is a new generation of them. The old ones, still in perfect working condition, get sold or shipped away, and they might end up there, in Sodom. The fact that there might be other such places is just too depressing to think about. So is the irony that you are reading this on a piece of hardware that might end up there. Same goes for my BluRay player and my big screen TV, both of which enabled me to watch Welcome to Sodom.