What did Tom Hanks say to his wife the other day?

II
I am not proud of it, but I actually congregated with more than four other people last Saturday. We kept our distance, promise: my family on one side, the other family on the other. It’s because it was someone’s birthday and we went to her courtyard and sang and talked and joked and wished her all the best. We were the only visitors she received, and only at a distance. Technically, we could have been fined, but we also got cheers of appreciation by at least one health care professional. And then we parted ways again, no hugs, no kisses. Something was missing. I miss the human touch. 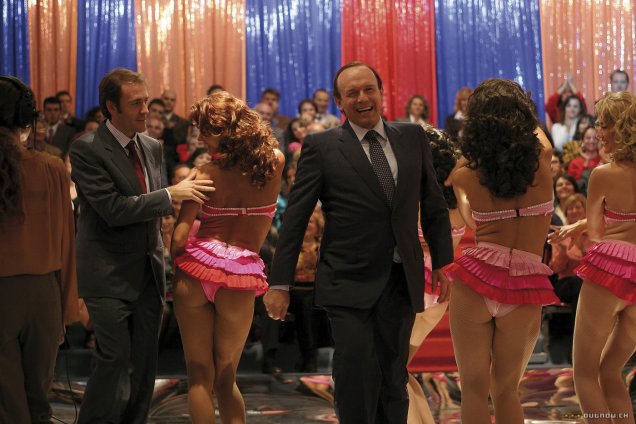 III
What was Nanni Moretti thinking when he made Il Caimano? The film is not about Berlusconi, as it should have been, but about a B-movie filmmaker who has trouble financing his next project about Columbus coming back from America. The filmmaker wanst to use a small model boat that sits on his co-director’s desk. And then a young woman with a baby in her arms, sitting in the audience at a film festival, gives him a screenplay with “Il Caimano” as its title. It would make a very critical movie about Berlusconi, and so the filmmaker refuses to do it because he voted for him, and anyway it can’t be financed in that current political climate, and his wife, the star of most of his flicks, wants to divorce him. And then, finally, there he is, Berlusconi, played at the beginning of his career by a mediocre actor. And then we switch back to the comedy, until there is Moretti himself, being taken to court, and Moretti looks like himself, not like Berlusconi at all – he doesn’t even look like the actor who played Berlusconi in the first few scenes. And then it’s back again to the filmmaker, and the screenwriter, who is actually the only sane, reasonable person in the whole movie. She ends up directing her own movie, based on her own screenplay, with the filmmaker at her side, who realises that if he doesn’t join her effort, he will not make another movie. That is the only really worthwhile moment in the whole movie. Moretti knows how to make a good movie (Caos Calmo is about grief, and very much recommended), but he stuffed the Berlusconi storyline with so much padding that the whole thing swims on the surface without any real depth.

“Husten? We have a problem.”

There are some grandparents around here visiting their children and grandchildren. It’s the one generation that shakes off any criticism by claiming that they already survived the Spanish flu and the Hongkong flu, so what can that new thing do to them? Are they nuts? Are they tired of living?

And I also saw two academics (as in: people who should know better) say hi and hello to each other and then go mwah-mwah-mwah, three kisses cheek to cheek to cheek, three kisses, like we do here in Switzerland. Are they totally immune to any kind of social distancing? Do they also miss the human touch?