I was seven… and five minutes into the film I was already bawling, as those nasty men with big cars and jangling keys were running after the space gnome with the glowing chest. Just leave the guy alone! He’s already stuck on a planet that isn’t his with little chance of ever getting home.

E.T. was when I became a fan of the cinema. Before that I’d seen movies – it was a tradition of our family to go and see a film, usually Disney, on the second Sunday in December – but Spielberg’s classic was the first time I had an inkling that how a film is done is at least as important as what it’s about. I didn’t turn into Little Man Criterion all of a sudden, but the seed for my love for film (and my constant worry of running out of shelf space for DVDs and Blu-rays) was planted.

In the meantime I have been disappointed by Spielberg repeatedly. Obviously the guy is a consummate craftsman, but I can’t help thinking that he peaked in the late ’70s and early ’80s and never reached those heights again. Jaws, Raiders of the Lost Ark and Close Encounters of the Third Kind – those films do what they set out to do almost perfectly. Later Spielberg still has his moments, and many of his later films are still good, but his great skill at evoking a sense of wonder (no other film manages this as well as Close Encounters and some of E.T.) was marred by his increasing tendency towards mawkishness. Early Spielberg was already sentimental, E.T. being a perfect example of this, but he also knew when to be ruthless with his characters. In Jaws pretty much anyone could die – in Jurassic Park it’s bad guys and side characters that get munched on while especially the kids get a free pass, surviving even high-voltage fences that would probably have turned a velociraptor into fried dino. 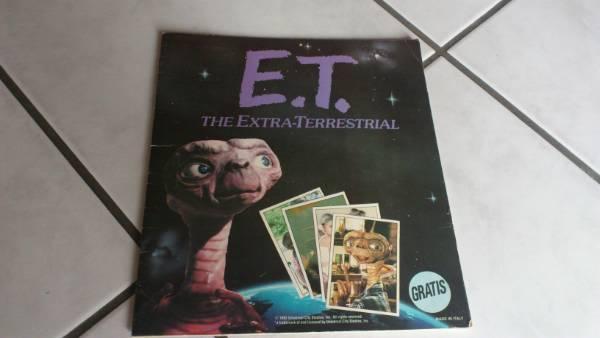 After the 20th anniversary edition of E.T., with its walkie-talkies and check-out-my-CGI moments, I felt a bit burned on the film and on Spielberg’s older films. What next? A Jaws where Alex Kintner gets a good scare by the mean old shark but escapes unharmed otherwise? Spielberg himself admitted that he’d made a mistake Lucasing his film, promising that the 30th anniversary edition would be a return to the original, shotguns, rubber puppet and all.

So, like the good little film geek consumer that I am I toddled off to Amazon and ordered the Blu-ray – and yes, it’s the E.T. I remember bawling at when I was a kid. No walkie-talkies, no memory hole for Elliott’s immortal “Penis breath!” line (can you imagine this in a PG film nowadays?).

What seems to have changed, though, is me. This time around, the gap between my nostalgia and my actual enjoyment of the film was too big not to notice. It’s still an example of Spielberg at the top of his game, but perhaps that game is no longer for me. Spielberg’s sentimentality, John Williams’ bombast, the cuteness of the kids, it all gets a bit too much and isn’t modulated nearly is well as I’d like it to be: it’s as if Spielberg & Co. only know piano and forte fortissimo but nothing in between. 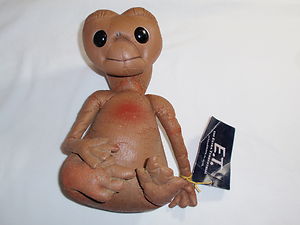 Which is sad – but I have the sneaking suspicion that I already felt like this ten years ago when I saw the re-release at the cinema. Back then I probably put it down to Spielberg’s regrettable edits, but more likely it’s that I’ve outgrown the film. The good news is, though, that I just need to give it a year or two and I’ll have forgotten how I felt about the film this time around, remembering only the nostalgia.

And if I then, in another ten years or so, re-watch the film, I’ll make sure to do so without subtitles – there’s something disconcerting about having the little brown space guy’s sounds described as E.T. moans and E.T. pants, as if he needed to phone not home so much as the Intergalactic  Party Chat Line.

P.S.: Almost equally disconcerting is this E.T.-themed ad for the 1985 Special Olympics, which make it all too likely that the wrinkly gnome from outer space uses Reese’s Pieces to lure kids into his white van when he isn’t healing plants and drinking beer.