I don’t usually mind when my opinion diverges from that of critics. Why would I? I feel fairly secure in my views on films, books, TV series and games, without needing others in positions of (questionable) authority to confirm my point of view.

Which is easy enough most of the time – except when every single critic seems to have an opinion that differs from mine. It’s at this point that I usually start wondering: what is it about the work in question that I missed, or misunderstood? What is it that rubs me the wrong way? I can’t remember many cases of this, but when it happens, it’s usually that my opinion is more negative than that of the critics. Case in point: Before Midnight, the latest team-up by Richard Linklater, Julie Delpy and Ethan Hawke. 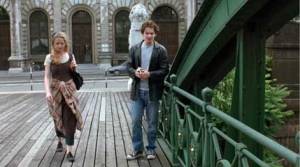 Cards on the table time. I didn’t particularly like Before Sunrise, the first of the three films. The characters were credible and well acted, the film was filmed and directed with a lightness – but I guess that at 34 I was too old when I first saw the film. The characters were credible and well acted, but they got on my nerves with their post-teen self-centredness. Since I’d got the two films, Before Sunrise and Before Sunset, as a set, I thought I’d watch the second one too, expecting to be equally annoyed at the characters – yet I found myself liking Before Sunset and its more grown-up characters a lot. Jesse and Céline had caught up with me, so to speak, and now I was saddened to leave their company.

Come Before Midnight, I was looking forward to catching up with the two, not least because every single review I’d read suggested that this was the best film of the three. More than that, I like the concept of the series; there are lots of films that accompany characters over the course of decades, but the illusion that the people we’re watching aren’t actors with increasing amounts of make-up is one that is rarely complete. With Linklater’s films, it’s not an illusion – the people we see are a decade older. As the film started, I was almost instantly back with Céline and Jesse, enjoying their older, somewhat more jaded banter – but then, the longer the film went on, the less I could buy into it. For one thing, Before Midnight brings in several couples to act as a foil for the two central characters, but it does so in too obvious and schematic a fashion, winkingly telling us and the central couple, “Ah, this is the two of you when you were 20 years old – and that’s where you’ll be in ten years time. Wait ’till the next film and we shall work in a memento mori or two as well!” 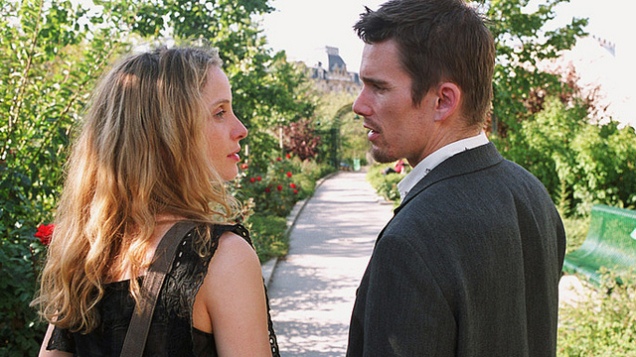 So, there’s snag one: the film did have to vary the structure of the first two – it could no longer be a more-or-less chance meeting after nine years, so there had to be something more to it than “Jesse and Céline meet and talk in some picturesque European city.” – but it does so in rather clumsy ways. Snag two, ironically, is more or less the opposite: Before Midnight returns to the banter in ways that aren’t always particularly convincing. Yes, I enjoyed the two characters talking, it’s just like old times, with the added benefit of nine years of life having happened in the meantime. But people who’ve been together for almost a decade, let alone a couple with two small kids: would they talk like this? Wouldn’t they have talked about most of these things before? And wouldn’t they be glad to enjoy some, well, silence? Jesse and Céline still talk as if they had been apart the last several years, which may be fun but isn’t particularly convincing. While watching the film I didn’t really mind, but once my girlfriend made this point after we’d left the cinema I had to agree: I don’t really buy it.

Snag three is the main one, though: the last third of the film is an escalating argument between the two characters that got more grating the longer it went on. Dramatically it made sense to have the couple fight – but while Jesse’s side of the argument is credible enough, Céline’s more often than not seems to have little to do with the character they’ve created over three films. In fact, most of the accusations she throws in Jesse’s face decidedly sound like Cosmopolitan‘s Top 10 Anxieties of Women In Their 40s. They don’t particularly fit with what we know of the two characters’ life together – they’re generic. They make her sound like a stereotypical middle-aged, middle-class shrew with stereotypical middle-aged, middle-class resentments and fears. The two first Before… films always played with the characters’ stereo? proto? arche? -typical qualities, they always balanced what made them easy to identify with with the things that made them individuals, but in Before Midnight‘s last half-hour, Delpy’s character loses her credibility as an individual to such an extent that it hurts the film. 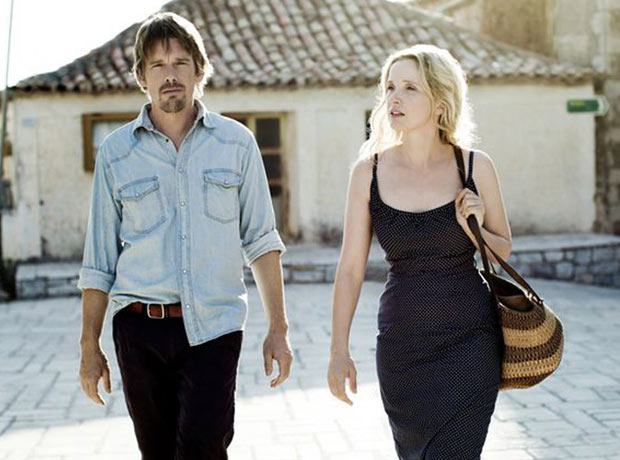 Except none of the reviews I’ve read seem to think so. Rotten Tomatoes has the film at 98% Fresh, with only three of 152 critics giving the film a negative grade. It’s not an ego thing for me: I can very well live with others having different opinions. In this case, however, it almost feels like they’ve all seen a different film. Several even mention the big argument scene as the highlight of the film. Am I too harsh on Before Midnight and on Céline? Am I too dismissive of the ways in which, regardless of what Tolstoy may have suggested, all arguing middle-aged, middle-class couples are the same in certain ways? And will I have to wait another nine years for another film in the Before… series to reconcile myself with Linklater, Hawke and Delpy’s latest?