Spoiler: calling for someone’s death on the internet makes you a dick. So much so, in fact, that you might end up getting killed by iBees.

Okay, that’s not an entirely fair summary of “Hated in the Nation”, the final, movie-length episode of Black Mirror‘s third season, but it’s not that far off. I liked it better than “Nosedive” and “Playtest” – those two episodes being the main reason why I’ve yet to watch “Shut Up and Dance” and “Men Against Fire” – but other than the sublime “San Junipero”, I still can’t shake the feeling that Charlie Brooker lost sight of what the series did to begin with.

The simplistic view of Black Mirror is that it’s Brooker’s vehicle for technophobic smugness. Somewhat less simplistically, you could argue that the best episodes show how modern technology amplifies certain aspects of human nature in ways that aren’t entirely healthy: how anonymity brings out the worst in us, how social media makes it easier to succumb to mob mentality, how technology ironically makes it all too easy for us to live in the past. There is some of this in “Hated in the Nation” too, which tells a story of Twitter-style mobs baying for the blood of whoever is at the centre of the most recent shitstorm and then turns the slurs and death threats against those who post them unthinkingly. The culprits – and eventual victims – of the #deathto hashtag aren’t monsters, but they’re thoughtlessly cruel, and in the episode a growing swarm of them translates into, well, the aforementioned cybernetic killer bees. You can see the obvious sting in the tale. 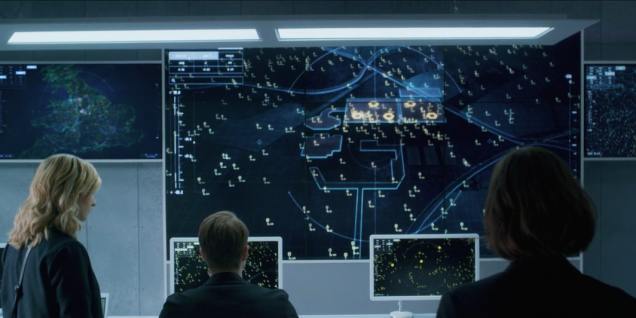 As a hi-tech thriller, “Hated in the Nation” is entertaining enough. It is well directed, shot and acted, and especially Kelly Macdonald is well suited to selling this rather X-Filesian premise to me. Differently from some of the earlier episodes this season, this one doesn’t loudly project its supposed cleverness. Simply in terms of storytelling, it is effective and entertaining enough , even if its ending struck me as half-baked and oddly literal – as if Black Mirror‘s raison d’être was suddenly no longer social critique through the lens of near-future sci-fi but ensuring the audience that, yes, it’s all about the underwritten villain of the piece receiving justice.

My problem with it, and with most of what I’ve seen of Black Mirror‘s third season, is this: once “Hated in the Nation” has spelled out exactly what its critique is – that social media makes it all too easy for criticism to become mob law, and wishing death on someone is as easy as pushing a button, unless you’re at the receiving end – it didn’t do anything with it. Its critique is one I can subscribe to, but it’s rather simplistic: don’t be a dick online, m’kay? Compare this to season 2’s “White Bear”, which used similar themes of supposed justice and actual culpability in a more surprising and finally challenging way. 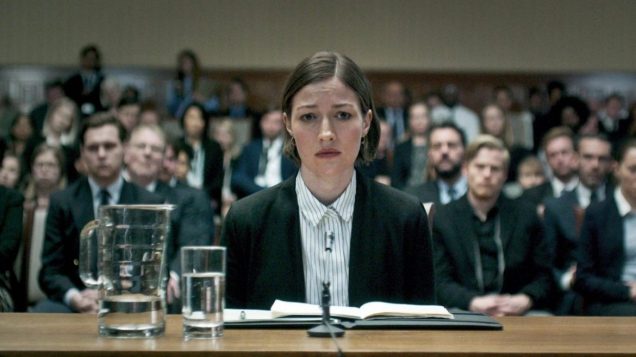 To my mind, that was a quality of the best material of the series’ first two season: its ambiguities and the double edge of its morality. To begin with, Black Mirror wasn’t really an anthology series about technology: it was about us, about how we take the tools readily available to us and how easily they end up bringing out the worst (and, in the case of “San Junipero”, perhaps the best) in us. Its protagonists could be culprits as well as victims, and they were always just a step away from us. There’s little of that ambiguity in “Hated in the Nation”, and the episode doesn’t challenge the viewer. It’s as if Brooker decided that he wanted a break from satirising our relationship with modern technology and tell a genre piece instead that just about pays lip service to social critique. That’s fair enough, and the cyberbees are surprisingly frightening – but perhaps they should indeed get Brooker to write for the X-Files (Mulder and Scully are supposed to return in 2018, right?), because based on most of season 3, he needs to recharge his techno-satirical batteries. Which might make for an episode of Black Mirror: what if we all had to recharge ourselves by plugging ourselves in? And the older we get, the more quickly our batteries deplete. Which, come to think of it, sounds pretty accurate to me.