If you’ve been following this blog for a while, there are a few things you probably know by now: The Assassination of Jesse James by the Coward Robert Ford is one of the best films ever. Six Feet Under is a sadly underrated HBO gem worthy of being mentioned in the same sentence as Deadwood, The Sopranos and The Wire.

And, most of all: I have an intense dislike of anything Based On A True Story. 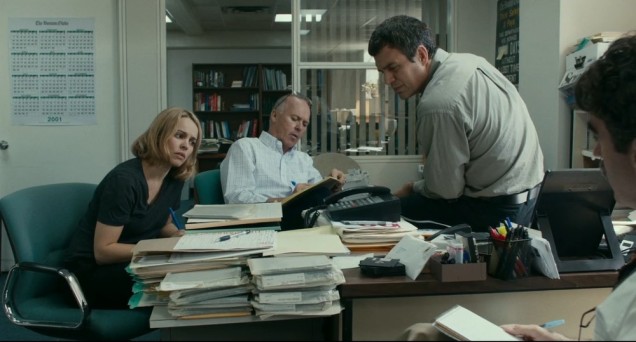 Except it’s not quite that simple. What I dislike is films that use their truthiness as an advertising bullet point, films that seem to come with the implication that because it really happened (or, more likely, something about 5-10% like it), it’s more important – or, worse, more real. I’m a big believer in the utter unimportance of It Really Happened when it comes to storytelling. Stories can be truthful even if they’re entirely made up, and they can likewise be phony even though they tell a non-fictional story.

You’d expect that Spotlight, the 2015 film telling the story of the Boston Globe journalists that uncovered the widespread, systemic child abuse by Catholic priests and the Church’s cover-up of the many, many cases of molestation and rape, would be predestined to suffer from that inflated sense of self-importance – because, yes, this is a story that was and still is relevant. Its protagonists as well as the antagonists, well, they existed and many are still alive. Yet the film shows a lack of self-consciousness, of awareness of its own relevance, that is admirable. Its story simply depicts the uncovering of this massive scandal… which seems the obvious thing to do – but it isn’t. 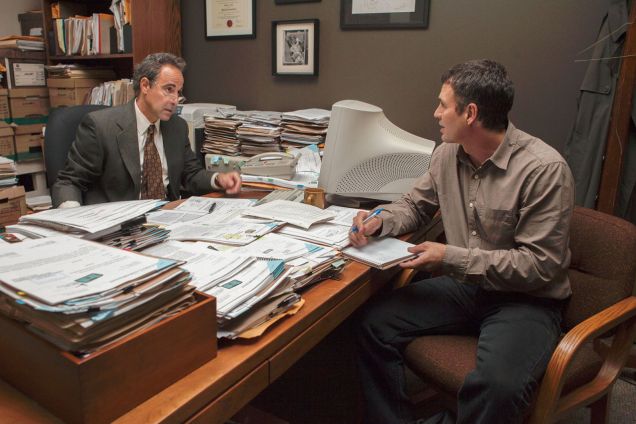 All too often, films that are based on a true story, they use that story as something on which the filmmakers can tack generic character arcs and facile life lessons. Let’s take this story about oppression overcome to show a good man become who he was meant to be! This true story of a mother’s journey from despair to triumph will make you believe in life, goodness, truth and justice!

Spotlight isn’t any of these, it isn’t the Oscar bait you’d expect. It doesn’t surprise by means of its story, nor does it have striking stylistic flourishes, but its commitment to low-key professionalism and its rejection of the conventions of true-to-life movies is practically radical. The film makes a strong case that if a story is noteworthy, it doesn’t need to be bolstered by an expected set of beats. We don’t need to see characters going through the expected reactions – disbelief, disillusionment, resolve, triumph – to know how we should feel about what’s happening on the screen. The journalists that uncovered this particular scandal are heroes in their quiet, professional ways, but Spotlight doesn’t need to drive that point home in the usual fashion, because we can just watch them doing their job and doing it well. Their investigation is the story, not them. We’re uncovering it at the same time and at the same pace as they are. There’s no false crisis, false dawn and whatever other story beats we’ve come to see as indispensable, just a steady chipping away at a terrible secret.

Spotlight‘s approach to its material wouldn’t work for all films based on journalistic milestones. Character arcs may often be generic, but there’s a reason why most stories use them. But every now and then you find a story that is strong enough without them, a storyteller who trusts that story and characters that serve it rather than vice versa. To some extent it may not even matter that Spotlight is based on real events. But it’s great for once that a film doesn’t wear this as its main – and possibly only – badge of honour… and does all the better for it.