Ant-Man and the Wasp was fun, an action comedy that used both its likeable cast of characters and its inventive visual jokes to good effect. It was great breezy popcorn fare, the ideal thing at the end of a day mostly spent sweating and feeling much too hot for comfort. More even than Guardians of the Galaxy, the film embraced the comedy genre, becoming a necessary palate cleanser after the grim conclusion of Infinity War.

Which made the tonal switch of the mid-credit sequence all the more surprising. (Don’t read on if you haven’t yet seen Ant-Man and the Wasp and want to remain unspoiled.) As we watch Scott “Ant-Man” Lang get ready to be pulled out of the quantum realm, we hear his team of friends count down to the extraction – and then the countdown stops in mid-sequence. Cut to the rooftop where the gang had set up their equipment, and to ashy flakes twirling in the wind and the floating to the ground. In one instant, in one snap, the family team consisting of Hank Pym, Hope van Dyne and her mother Janet, only recently saved after having been lost for thirty years in the quantum zone: all gone – together with Peter Parker, Bucky Barnes, King T’Challa, Wanda Maximoff and 50% of all life.

Okay, reality check: I believe that very few (if any) of those deaths resulting from Thanos’ machinations will stick. Spidey will be back, as will Black Panther. In fact, I’m pretty certain that most if not all of the ashings at the end of Infinity War – and now Ant-Man and the Wasp – will be undone in the fourth Avengers film. Nonetheless, I gasped when they happened, and I again felt surprisingly affected at the image of those ash flakes twirling lazily in the San Francisco air. Why do Thanos’ snap and its effects remain such a potent narrative beat for me if I know they won’t have any permanence? 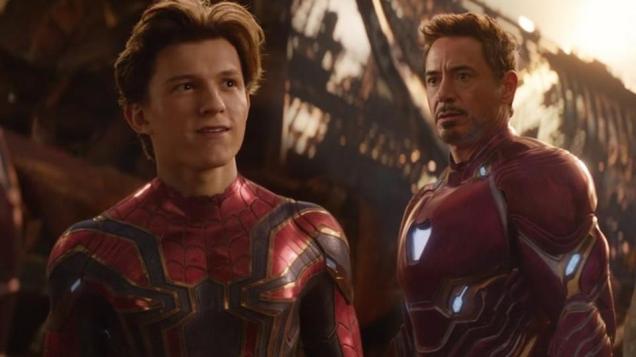 In superhero comics, not least those set in the Marvel universe, heroes frequently die and just as frequently come back. Announcements that in the upcoming issue your favourite hero dies (for realsies this time!) prompt reactions of familiarity at best, boredom at worst. We’re not there yet with the Marvel Cinematic Universe – though depending on how Avengers 4 brings the dusted ones back, it may have a similar effect of defanging death in the Marvel movies. For now, though, the MCU has been great at making the losses matter to us, the audience, because they matter to the characters.

In that respect, these big, loud, gaudy comic book movies actually share a quality with HBO’s The Leftovers, which uses its Rapture-with-the-serial-numbers-files-off premise to develop decidedly non-Marvel human dramas. If we care about the big, earth-shattering, faith-destroying disasters that have been visited on these fictional worlds, it’s because they make us empathise with those left over. And that’s something that the MCU has been great at: we like these characters, we enjoy hanging out with them as they right wrongs and beat up bad guys, or even just when they enjoy drinks and shawarmas with each other. So when Peter Parker crumbles to ash in Tony Stark’s arms, it hurts him so it hurts us. When Okoye sees her king dissolve in front of her eyes, we feel with her. Black Widow, Thor, Bruce Banner and Captain America don’t know that the actors portraying them have signed up for more movies and that Spider-Man and Black Panther will return for sequels of their own. Their world has fallen apart in front of them, in spite of their best attempts, and the MCU has convinced us that this matters to them – so, in reflection, it matters to us.

That’s how fiction works, that’s how we suspend our disbelief. If we can’t do this, then why would the deaths matter more if they were permanent? Either we can empathise with these characters, however fantastic their abilities, or we just watch for the spectacle. And personally, while spectacle can be fun, I don’t hang around for the CGI climaxes.

Which leaves those of us who have bought into the MCU and its cast of characters stuck in limbo, with Scott Lang, waiting for that countdown to resume with Captain Marvel in March 2019. Eight months can feel like a long time when you’re floating in the quantum realm. But then, what else are we going to do? Watch one of the DC movies?