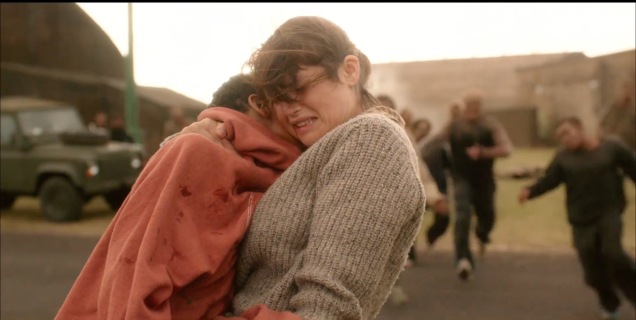 Zombies in themselves aren’t that interesting, are they? If they don’t want to eat your flesh and slurp your brains, they just stand around rotting and smelling badly. Some of them walk slowly, others are able to run towards you. There are some who learn a thing or two, like climbing a ladder after you, or bashing a glass door in with a heavy rock or their own head. That’s about it. The key, then, to rather long-running series like The Walking Dead, or to movies like 28 Days Later and 28 Weeks Later is that those stories are all about the living, who are the survivors in some post-apocalytpic world with scant food and shelter and safety, where they are the endangered species, and mostly vastly outnumbered by zombies. Yes, sometimes the zombies get the living, but it’s also the living who seem to be very good at killing each other off when pushed into a corner like that. Humans have become a minority. It’s a metaphor that every audience member immediately understands. END_OF_DOCUMENT_TOKEN_TO_BE_REPLACED