Interstellar pushed many of the right buttons for me, primarily the big one labelled “Sense of cosmic wonder”. I was the kid who had a poster of the solar system on his bedroom wall for an embarrassingly long time; I loved anything to do with space, but I reserved a special love for space exploration, especially of the supposedly authentic kind. Sure, I wanted to fly an X-Wing, but that thought never felt as wondrous as that of NASA journeys, of the Apollo missions or the Space Shuttle. Wormholes and black holes? Accretion disks? Count me in. 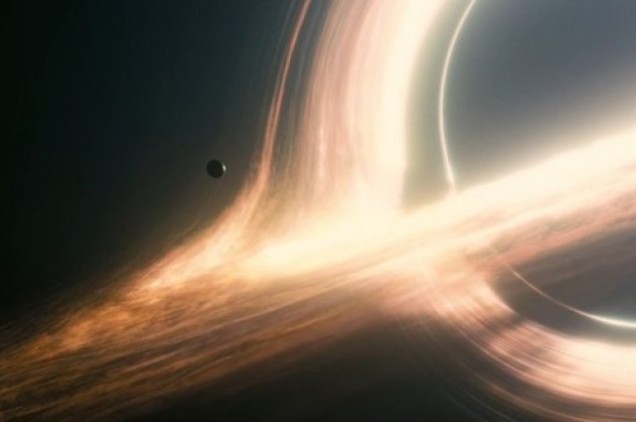 That sense of wonder was definitely there when I watched Interstellar, and the film captures it well. What it captures less well, though, is human emotion – which is a problem, since for all its space age imagery the film is essentially about sentiment much more than it is about physics. It’s not the emotions themselves that are the problem; thematically, Interstellar uses its premise and setting to tell a very human story. The problem is that the Nolans are much better at telling a different kind of story – one that is conceptual, that tends to be about puzzles. At their best, the Nolan-directed and -penned films are interested in the feelings of their characters, but they don’t focus on them head on. Their protagonists are often emotionally repressed, in denial or simply unable to access or express their feelings, and the stories tend to derive poignancy from this inability. Interstellar, though, wears its heart on its sleeve. Its characters talk about their emotions, they cry quickly and freely – and while the actors are more than capable, they can’t overcome that the words they’ve been given are often clumsy, overly explicit, explaining things too much. The worst scene in this respect has a teary-eyed Anne Hathaway trying to impress on her fellow astronauts that love is a force transcending space and time. Done differently, written better and allowing for some ambiguity, this could work, but in the film it feels like a NASA-themed Hallmark card. Those moments very much suggest that when it comes to the Nolans’ dialogue, quite literally, the less said, the better.

It is this tendency to overexplain, to make things too literal, that hobbles some of Interstellar‘s central scenes as much as its clumsy handling of emotion. Late in the film, the story bends causality back on itself in a classically sci-fi way, but where Christopher Nolan often finds striking images for settings and situations, here they turn faintly ludicrous, and they fire rockets full throttle into silliness the more the protagonists explain what is happening. All fiction, including speculative fiction, engages in some narrative handwaving, leaving gaps with respect to what is happening or how precisely it is happening, because the exact mechanics are irrelevant to what the story is about. Interstellar, however, tangles itself up in knots by trying to fill in the blanks, when it should well have left alone. Trying to elaborate on what is happening, the expository dialogue is hamfistedly literal, drawing attention to what is arguably least important, and raising questions about its feasibility that shouldn’t come up in the first place. (One can only imagine a Nolan-penned 2001: A Space Odyssey, giving the Monolith a -logue to explain to Dave Bowman what the last 20 minutes meant.)

When I first saw the Interstellar trailer, I was intrigued, but I was equally worried that this would be Nolan’s Contact, an intriguing sci-fi tale that takes a turn for the sentimental: daddy issues in space. It isn’t quite that bad, and there’s a lot to like about the film. It is ambitious, it is often beautiful, and Matthew McConaughey has vastly improved as an actor since the giddy days of 1997. Interstellar is a compelling illustration of both the strengths and the limitations of Nolan’s filmmaking, though, and it is frustrating in how it could have been a better, more subtle and more convincing film. This isn’t a complaint along the lines of “Waiter, there’s some sentiment in my sci-fi soup!” I don’t think that hard sci-fi, or any sci-fi, needs to lose the human element. What it does need, though, is a human element that’s done with the same skill as the visual effects. Interstellar excels at showing us the surfaces of alien worlds, but its telescope is flawed when pointed at the human heart.

I haven’t yet seen Interstellar. I’m definitely curious about the film and looking forward to it – I’m still as much a sucker for gorgeous space imagery as I was back when I was eight years old and had a poster of the solar system and its planets on my bedroom wall. At the same time, I have to admit to some apprehension, and that’s due to two things: Christopher Nolan and his fans. There’s a lot of hyperbole about Nolan and his films, just as there is too much criticism that dismisses his films, or patronises them, due to his making genre cinema. It’s difficult to find discussion of, say, The Dark Knight or Inception that doesn’t treat the films as either cinematic masterpieces or as hollow and derivative, as the sort of genre movies that let some sci-fi and superhero fans go, “Look? That’s brainy, isn’t it? The genre’s all grown up now?” At its worst, Nolan fetishism brings forth silliness such as proclaiming the director the new Kubrick.

I like Nolan’s films, even The Dark Knight Returns for all its flaws. Nolan has proven that he’s a skilled, smart director who knows how to handle his material well. He’s also deeply flawed: several of his films, for all their complicatedness, aren’t actually all that complex. He’s too enamoured of Big Questions that aren’t actually all that big or relevant, and that have been done before. Nolan likes a bit of the good old “… ah, but is it?” at the end of his films, but try to answer those questions and there’s not all that much there. That spinning top in Inception, the question whether at the end of the film Cobb is still in the dream? That twist is already there in the film’s premise – it’s predictable. Similarly, Memento‘s conundrum concerning Sammy Jankis’ identity? It’s a twist too far, an example of Nolan not trusting his film to have made the same point about Leonard’s malleable identity in the absence of memory already, taking it to near-absurdity. If Nolan’s films, and especially his scripts, insisted less on their apparent depth (which often totters on the border to pompousness), they’d actually make a more convincing case for being deeper than your general genre fare. As it is, through his films Nolan doth protest too much that he’s making grown-up films for grown-up people with grown-up brains.

There’s something else that Nolan doesn’t do all that well, and that’s action sequences. Given the right conceit, his action can be amazing: look at the hotel fight in Inception, divorced from gravity. In the same film, though, you get the sub-Bondian mountain action, which is dull and generic. Look at The Dark Knight‘s truck sequence and it’s a confusing mess of direction, cinematography and editing, while the Heat-with-clowns intro works tremendously well. I remember seeing The Dark Knight at the cinema and loving some scenes while wondering in others whether we were being shown a version of the film edited (and badly at that) to be shown on planes.

At the same time, Nolan does excel at doing films about men who make convoluted plans to avoid facing the emotional wrecks they are. Memento, Insomnia, The Prestige and Inception: in all of these, Nolan finds striking images and interactions to show his protagonists’ helplessness and the lengths to which they go to deny just how lost they are. To my mind, these themes are much more interesting than yet another treatise on what is real and what is a dream, or that central question that mankind has faced for centuries: whether Batman can be broken. Nolan has been accused of making cold films that are thin when they try to be emotional, and I don’t think sentiment is something he does well, either as a director or as a writer: but give him characters, especially men, who don’t know how to deal when faced with their own failure and loss, and he’s riveting. This is a director who should do a modern version of the Orpheus myth – if he hasn’t already done so in various ways. His Orpheus, when told he cannot look back, would be likely to construct an ingenious device of smoke, mirrors and cameras to trick Hades, without ever realising that Eurydice is gone for good.

As I said at the beginning, I’m curious about Interstellar, and I’m sure it’ll be a visual triumph. The trailer worries me, though; it looks like Nolan is making his Contact, complete with daddy issues. I’m not sure I trust him as a director to handle sentiment head-on: he’s no Spielberg, and even Spielberg isn’t always up to the task. Nolan has been best so far when he had his characters approach emotion at oblique angles, because they’re rarely good at handling them. At his best, there’s an understated but effective undercurrent of emotion in his films. I’m very much hoping that Interstellar will prove more The Prestige than Contact, and that he didn’t try to be both Kubrick and Spielberg at the same time. It didn’t work for Spielberg either when he did A.I.