Welcome to Six Damn Fine Degrees. These instalments will be inspired by the idea of six degrees of separation in the loosest sense. The only rule: it connects – in some way – to the previous instalment. So come join us on our weekly foray into interconnectedness!

Peter Bogdanovich is probably best known for his early films such as The Last Picture Show or Paper Moon, although to a modern audience his face might be most recognizable as Dr. Elliot Kupferberg, the psychiatrist’s psychiatrist in The Sopranos. For all his many accomplishments I am perhaps most fond of his interviews. Books such as Who the Devil Made It or Who the Hell’s in It. His epic three-hour interview with Orson Welles, or the wistful Directed by John Ford. Bogdanovich was not just a filmmaker, he was a lover of movie culture and – notably – of movie lore.

END_OF_DOCUMENT_TOKEN_TO_BE_REPLACED

There is a wounded stranger in the music room of Mrs Farnsworth’s seminary, a Union soldier from Ireland, a deserter with a leg wound, a man, not exactly young, but handsome. What to do? He is a Yankee, they are all from the South, so shall they hand him over to the Confederate troops nearby, or should they do the Christian thing and dress his wounds first? Mrs Farnsworth herself, the head teacher Mrs Morrow and the five pupils all feel an undercurrent of fear because that deserter might bring the War to their school, a war they watch every evening through a telescope from the upper balcony of their mansion, and they see the black plumes of smoke just beyond the treeline. Sometimes the boom of cannon-fire can be heard. That’s the situation at the beginning of Sofia Coppola’s The Beguiled. It’s a must-see, because who tells stories about groups of girls or women better than Coppola? The movie is set in Virginia in 1864, but it resembles Coppola’s The Virgin Suicides (1999) in more ways than one. END_OF_DOCUMENT_TOKEN_TO_BE_REPLACED 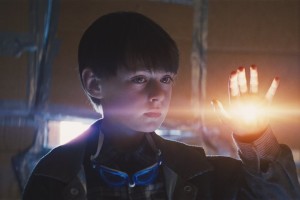 Midnight Special is a sci-fi movie for those moviegoers who wouldn’t dream of going to see a sci-fi movie. It avoids many plot points that the genre might bring: no space wars, no dark against light, no dogfights, no exploding planets, no time travel. There isn’t even a spaceship in sight. It trusts its characters enough to drive the story forward and keeps a moderate pace so that we have a chance to think about how those three characters, two men and a boy, repeatedly find themselves in a boarded-up motel room.

END_OF_DOCUMENT_TOKEN_TO_BE_REPLACED

Apparently, Sophia Coppola’s Marie Antoinette was booed in Cannes. Now that I’ve seen it, I am tempted to say that French film critics are pretentious shrinking violets with an utterly neurotic attitude to their own past. It’s not a great film, and I would rank it lower than both The Virgin Suicides and Lost in Translation (both of which I liked a lot), but it’s a well made film with some good performances, and it’s definitely beautifully shot and edited. Frankly, I don’t know what les critiques Françaises are on about.

However, Marie Antoinette has one big problem: the beginning is by far the strongest, most subtle illustration of the film’s main motif – a young woman taken into a world that is foreign to her and that regards her as an alien intrusion into their rules and conventions – and almost everything that comes after is much more obvious, much less elegant. Coppola’s use of anachronisms, especially in her choice of music (but also in one semi-witty image of a Converse sneaker among the hundreds of Baroque shoes the young queen tries on), works well enough, but once you’ve seen one scene indicating that “she’s really just a lost, rich, poor teenager… and in the end, aren’t we all?”, you’ve seen them all.

In addition, the film does suffer from being under-plotted. This may be strange coming from someone who loves Lost in Translation, hardly the most plotty of movies, but because Marie Antoinette sticks pretty much to history, there’s little of the smooth flow that a well-told story has. There’s a sense that you could walk out for five minutes, to get yourself a drink or have a bathroom break, and come back without having missed much. I don’t think that films have to be plotted tightly, and in fact many of my favourite movies aren’t, but if you know from the beginning where the story will end – off with her head, and all that jazz – then the film can’t really afford to meander.

On related news, I’m going to keep myself short on Deadwood and Six Feet Under. Just know that there are things more frightening in Deadwood than Al Swearengen on a good or bad day, Francis Wolcott, or even E.B. Farnum talking dirty to a leather bag… 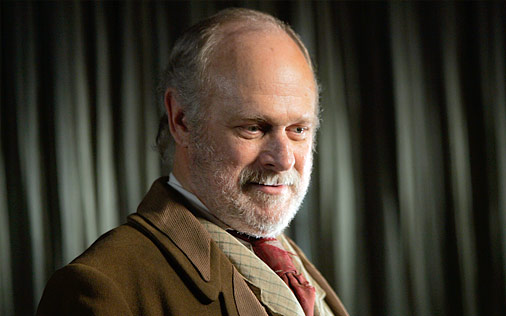 P.S.: Brian Cox should be a fun addition to the citizenry of Deadwood… I wonder whether he’ll ever get that theatre built – I’d love to see auditions for amateur night!