Surrealism is tricky. Some dislike it altogether, finding it too random. Myself, I respond to some of it (as the name of this blog may suggest, I’m not altogether averse to a nice slice of Lynch), but there must be an underlying form, a sense that there is some form or logic at play, even if it is the dream logic of, say, Eraserhead or Mulholland Drive. As soon as it veers into the formlessness of Dada, I tend to disengage.

Valerie and Her Week of Wonders, by the Czechoslovak director Jaromil Jireš, leans more towards the former; its surrealism is definitely more dreamlike and Freudian than it is arbitrary, and most of its images aren’t all too difficult to interpret: blood falling on daisies signifies the onset of the protagonist’s first period, vampires hungering for Valerie’s blood and its power to keep them youthful represent sexual desire and the lust of the old for the young. Valerie and Her Week of Wonders isn’t hard to read – yet its tone, somewhere between uncanny and camp, is quite effective at times. It is the kind of film that works better the less it is interpreted, perhaps, because interpretation reduces it into shopworn tropes of Freudian analysis.

Also, sadly, it is very easily reduced to a sexual fantasy whose object of desire is a thirteen-year-old girl.

END_OF_DOCUMENT_TOKEN_TO_BE_REPLACED 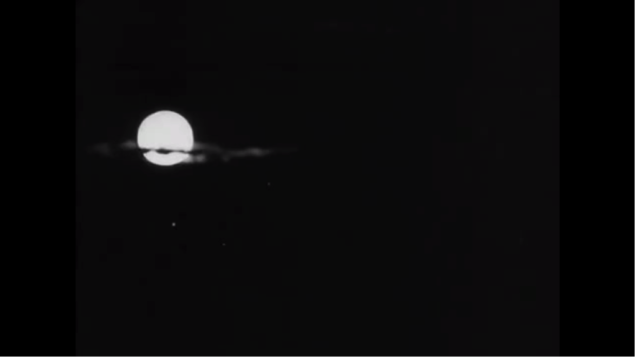 It still gets me, that scene. I think I must have been ten or so, and there was nothing to prepare me for what would come on the telly. No-one in my family was any kind of art-house movie nut, so it must have been a coincidence that Buñuel’s short Un Chien Andalou was on. And then that razor cuts through the woman’s eye. It took me days to recover. Not many other movie moments have stayed with me because of their violence, and none as long as this one. END_OF_DOCUMENT_TOKEN_TO_BE_REPLACED

Okay, today’s going to be short on words by me – and long on irony/hypocrisy/YouTube videos! (Well, I did say I loved YouTube, I don’t just hate it…) I’ve been looking at my book of Sandman dustcovers, and I remembered how much I like Dave McKean’s work. Not all of it – I was less than keen (yes, I did misspell that as ‘kean’ first) on Mirrormask, for instance – but much of it is beautiful and disturbing to me. Most of all his illustrations for Neil Gaiman’s Mr. Punch, probably.

So this is where I shut up and give you two YouTube videos. One is by McKean himself, and it combines my love of his work and of Shakespeare’s writing; the other is by Jan Svankmajer, an obvious influence on McKean. Don’t watch the latter if you’re easily freaked out – or if you like your animation quick and frantic.

The beginning of Svankmajer’s Alice:

I hope you enjoyed these as much as I do…