On most message boards, forums and online communities that I’m a part of (all… let’s see… 3 1/2 of them) I probably post most frequently in threads relating to films, TV series, novels, plays, comics and other media that are largely dedicated to storytelling, characterisation and the like. One recent discussion I took part in was about the HBO series Game of Thrones, and while many of the topics were predictable (OMG sexposition! Just how much does Tyrion rule? Is there such a thing as posting that animated GIF of Joffrey being slapped too often?), one caught me by surprise: a poster criticised that there’s barely anyone in the series to root for.

The reason for my surprise was this: I realised that ‘rooting for someone’ has never been a measure of whether I enjoy a story or not. Of course I root for the Indiana Joneses and John McClanes, the Bastian Balthasar Buxes and… I’m actually finding it difficult to come up with more examples, which is quite telling. Some kinds of stories necessitate a ‘good guy’ to root for, but this isn’t anything I’m looking for in storytelling. On the other hand, what I am looking for is the potential to empathise with the characters whose lives I’m following. And that’s something I find quite easy – you could go so far as to say that I’m a bit of an ’empathy whore’. I’ve never really rooted for Tony Soprano, Richard III, even a Darth Vader – or, for that matter, a Cersei Lannister, not exactly one of the nicer characters in a series that isn’t exactly famous for its many loveable protagonists. 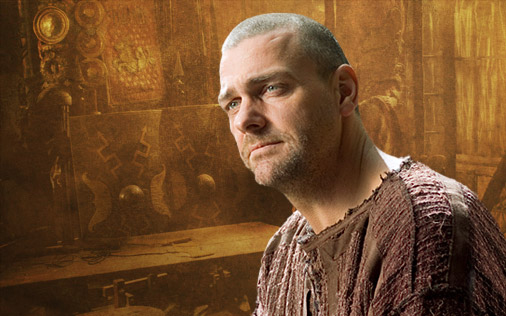 It’s one of the reasons why I’ve greatly enjoyed series whose protagonists do questionable, petty, selfish things all the time, from the characters in Six Feet Under (as the series goes on, Nate becomes more and more selfish in his actions, yet that never makes me care about him any less), to the shades-of-grey cast of any season of The Wire (yes, I even care about Rawls, while fully acknowledging what a dick he is) to the moral monsters of The Sopranos. Which is also why the flip-side of rooting for a fictional character is something I very rarely do – I often read about other forumites wanting this or that character to die horribly, to get knifed in the back or thrown off a cliff or get a bullet in his head, which I just don’t get. I don’t get the vehemence and sadism with which these things are often formulated (and yes, I do understand that wishing death on a fictional character is not the same as wanting a real person to die), but more than that, whether a character is morally reprehensible or not doesn’t have anything to do with whether I want to continue watching them. Al Swearengen is a Machiavellian monster, happy to kill, or have killed, anyone who stands in the way of his plans, yet I can think of few characters who are as enjoyable to watch as him. Tony Soprano made The Sopranos must-watch TV for six seasons, even in the worst episodes. Even generally likeable characters like The Wire‘s Bodie or Rome‘s Titus Pullo do horrible, heinous things. It’s not just that I don’t get why or how the moralities of their actions would influence my wanting to watch them: it’s that their flaws, their ambiguity, often make them more interesting characters for me. (Obviously my enjoyment of the characters also has a lot to do with how they’re written and acted – I want to watch an Al Swearengen at least as much because of Ian McShane’s performance as because he’s a fascinating, complex character, and the same’s definitely true for Breaking Bad‘s Walt White and the fantastic acting by Bryan Cranston.)

However, there are characters – very few, but they exist – that don’t evoke any empathy on my part. There are some that I dislike so much I wouldn’t mind something horrible happening to them. I’ll admit it right here and now: every time I watch One Flew Over the Cuckoo’s Nest, I hope that McMurphy will succeed in strangling Nurse Ratched to death this time round. I guess that while I’m a bleeding heart of the worst kind when it comes to fictional characters as well, there’s still a tiny little reactionary inside me wanting to get out and flip the switch.

One thought on “Empathological behaviour”