I don’t go out of my way to watch films about the Second World War, and this is even more the case with respect to Holocaust-related movies. That’s little to do with the subject matter and a lot with the way such films often turn out to be samey in terms of form and content. Especially when it comes to the Holocaust, there’s a certain iconography, at least in Western films, that is rarely escaped or at least varied. The topic is an important one, undoubtedly, but important topics don’t automatically make for good films.

When Agnieszka Holland’s In Darkness was shown on TV recently, I was nevertheless interested. On the surface it sounded like a story we’d seen before, of how a simple, flawed man finds his own humanity to save a group of Jews at risk of being killed by the Nazis and their helpers. Holland, though, is an interesting director. I’d greatly enjoyed the episodes of The Wire and Treme she’d directed, and I’d heard very good things about Burning Bush, the miniseries she’d done about Jan Palach, the student who immolated himself in 1969 Prague to protest the Soviet occupation. While she’s worked in America, In Darkness is a Polish film, and the film is told from a perspective we don’t often see, without excusing or minimising Polish anti-semitism. 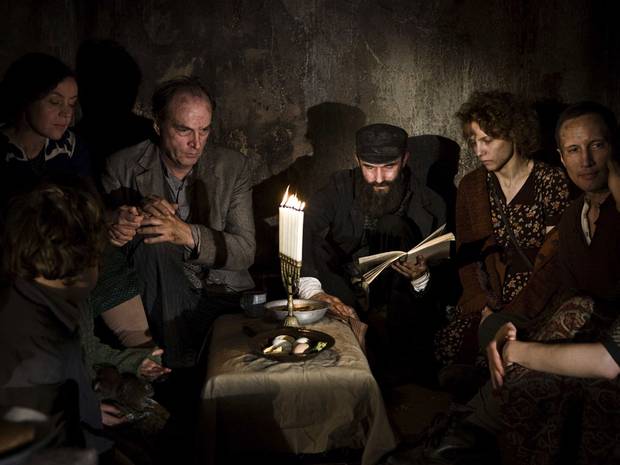 The story of a sewer worker protecting a dozen Polish Jews fleeing the massacre of their families and friends in Lvov and looking after them in the sewer system, first for money but later because he comes to see it as the right thing to do, is interesting in itself, but apart from the details it’s not altogether new. What makes the film effective even when it follows fairly well-trodden ground is what Holland gets out of her actors and how she portrays all of them as essentially human – though not in a sentimental way. The characters she shows us are flawed, petty, jealous, shallow, selfish, craven, and this is as true for the Jewish refugees in the sewers as for Leopold Socha, the Polish sewer worker. There’s often a tendency, not only in films, to idealise the persecuted and the victims, and while the impulse is understandable, such idealisation can be dehumanising. Holland never loses sight of the humanity of all her characters, the good and the bad, and the film benefits greatly from it.

In Darkness is not perfect, and its story, while closely based on the real events, doesn’t always ring true; a near-disaster late in the film may have happened the way it is shown, yet it doesn’t feel altogether believable as part of the film. Yet more than any film about WW2 and the murder of European Jews I remember watching since, well, The Pianist, I found it affecting. Holland’s film doesn’t come across like it wants to communicate a message, but in refraining from doing so, at least up until the very end, it succeeds all the more. 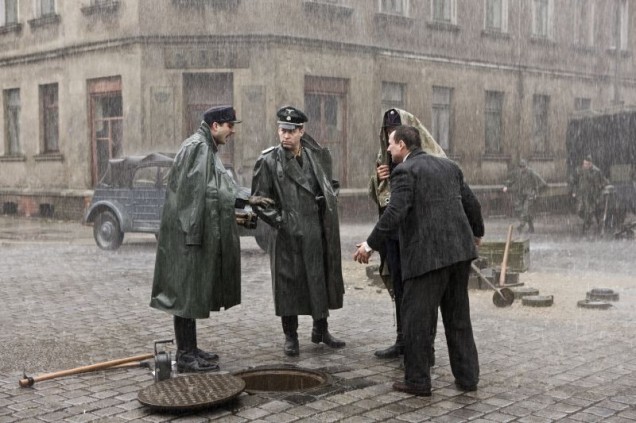 P.S.: There is a message in the title cards that close the film: after the war, Socha died saving his daughter from a runaway army truck. At his funeral, the screen text relates, someone said that perhaps this was God punishing Socha for protecting the Jews during the war. Holland ends on an angry, sad and bluntly timely note: “As if we need  God to punish each other.”