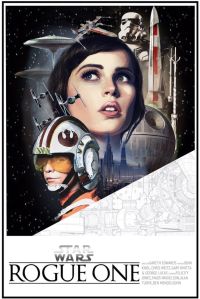 In a lot of ways, 2016 was the year to get suspicious about a lot of things, most of all about the future, and maybe some of us even got superstitious a little bit. As far as my movies are concerned, I think I detect a pattern: the two movies I liked best in 2015, Whiplash and Birdman, ran here in January, and 2016 began with Carol and The Big Short, another couple of great movies. Superstition? Coincidence? Perhaps. I can’t quite shake the feeling that this year, you had to dig slightly deeper to find a really good movie. I wrote about The Assassin and American Honey, which are far from light entertainment, but are immensely rewarding and beautiful to look at. I also highly recommend Sing Street for its youthful irreverence and its music; Arrival, for its use of the sci-fi genre to learn a lot more about us humans than about the extraterrestrials (if you haven’t read thirithch’s excellent review, you should do so). And Rogue One, which tried hard not to be a blockbuster and was all the more successful because of it.

There were also some very good series, most of all the excellent Stranger Things, with its effortless evocation of the 80ies. The series distilled everything that was good and Spielberg-y about popular US filmmaking when I grew up, and gave us Winona Ryder to boot. If you are, like me, much drawn to the dark side, there was also The Night Of, a series that had its weak moments, but when it worked, it was better than anything else on the small screen. And let’s not forget the courage of Jessica Jones.

I wanted to add here a few of the movies I didn’t like, but somehow, I disliked a number of movies that seem to be well received, so maybe it’s just me, and I might give some of them another go and then write about it. Plus: I’d rather write about good stuff than bad. Not because 2016 could drive us to despair, but because a review of a good movie takes longer to think up, and is harder to write. So instead of moaning about the big disappointments in movies, let me point out what next year will bring: Moonlight. Silence. 20th Century Women. Manchester By The Sea. Twin Peaks. There is much to look forward to. Onwards.