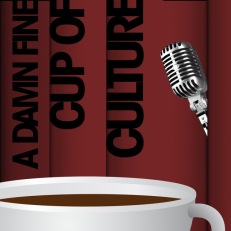 In this month’s podcast, we look back at TV series before the so-called Golden Age of Television and what has happened since – what we’ve gained and what we’ve lost in times of HBO, prestige television and binge watching. Are series the novels of the 21st century or is it all sexposition, soap operatics and narratives dragged out way past their sell-by date? Featuring our theme tune, “Mystery Street Jazz” by Håkan Eriksson (make sure to listen to the very end of the podcast)… and a very special appearance by Trillian the Cat!

A Damn Fine Cup of Culture Podcast #19: Losing the Plot – The Golden Age of Television

One thought on “A Damn Fine Cup of Culture Podcast #19: Losing the Plot – The Golden Age of Television”