Yesterday’s TV evening was marked by a high number of funerals. The deaths I sort of expected – after all, we did watch Deadwood – but I could have done without the ominous onslaught of funerals. House, M.D. managed to do without a death, as it pulled off its last-minute Eureka! moment, House saving the hard-done by Marc Blucas at the last moment. (As if his breakup with Buffy hadn’t already done enough damage…) Then we zapped into some series with Craig T. Nelson (I don’t know what he’s doing on telly anyway – shouldn’t Poltergeist have taught him to stay away from the flickertube?) and an epic African-American funeral, complete with gospel choir. This was followed by the quite heart-rending Deadwood episode “Let the whores come” (and only Al Swearengen can pull off asking the whore who’s giving him his daily blowjob whether she’s dyed her hair and almost seem considerate).

But the whole thing was topped by the double-funeral, followed by double-death (très E.A. Poe) of Nikki and Paulo, Lost‘s most hated characters since… well, depending on who you ask, since Kate or Ana Lucia or Jack or Charlie or Boone or Shannon or practically anyone. Except Hurley. No one seems to hate Hurley. (Okay, not true. There are people who hate him – but there’s only one TV Hurley that everyone can agree to hate.) 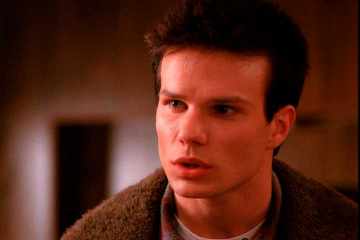