In early 2021, I started a draft blog post for the end of the year, in which I’d note down all the culture that had come out during the past twelve months that stood out to me: films that I loved, TV series that surprised me, books that I hated so much that they somehow defined 2021 for me.

I started that draft, and then I never touched it again. And here we are.

END_OF_DOCUMENT_TOKEN_TO_BE_REPLACED

Are we post-wave, pre-wave or both? Sometimes it’s difficult to imagine a future without the pandemic, and everything – including the culture we watch, read, listen to and play – is tinted, not to say tainted, by COVID-19. On Thursday, Matt tried to put his thoughts on the whole Groundhog Day-ness of it all into words. And mention Dune yet again. Obviously

END_OF_DOCUMENT_TOKEN_TO_BE_REPLACED 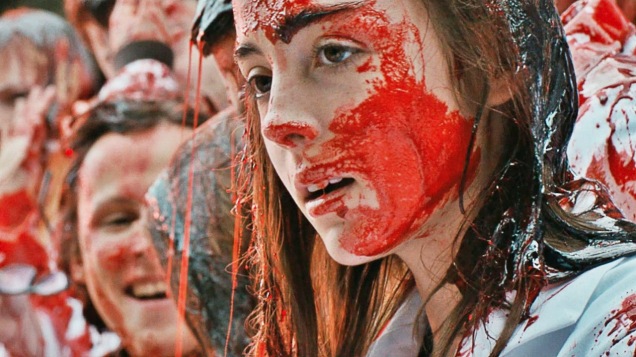 On the outside, Julia Ducournau’s Raw seems like an endurance test. There are reports of audience members fainting and vomiting, interrupted screenings and official complaints. And all of these people have seen the R-rated version, not the original, unreleased NC-17 version. During the show I was in, a guy left twice, his girlfriend stayed on, but all three of us fidgeted and squirmed more than once. Yes, Raw is hard to watch, but once you think you can cope with the blood and guts, you will find one of the best-told horror flicks in a long time. Like Lady Macbeth last week, Raw is a feature debut in a double sense: Julia Ducournau directed her own feature-length screenplay, and Garance Marillier, who plays the main role of Justine, is a newcomer. (SPOILERS AHEAD) END_OF_DOCUMENT_TOKEN_TO_BE_REPLACED