Spectre isn’t a bad film. It is competently made on most counts, though admittedly this is damning it with faint praise, and it has a fantastic pre-credit sequence that’s up there with the best of them. Nevertheless, Spectre is a huge disappointment – perhaps even more so than Quantum of Solace. Where Quantum suffered from Marc Forster not being very good at directing action, Spectre suffers most from writers that don’t really understand what exactly they want the film to do and, worse, not realising that Skyfall had done most of these things already, and done them well. 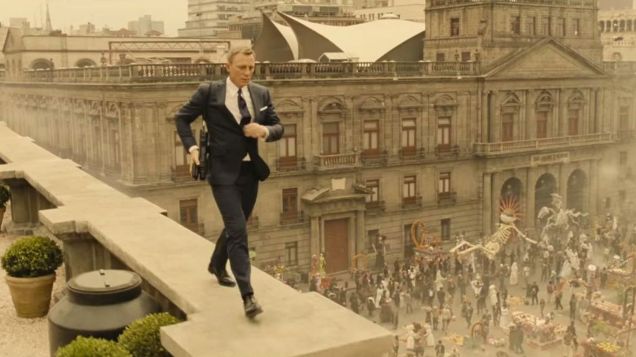 END_OF_DOCUMENT_TOKEN_TO_BE_REPLACED

I have to admit this up front: I’m not a big fan of James Bond or the series of films he features in. I liked Casino Royale a lot, but even apparent series classic Goldeneye didn’t do anything for me, and while I could tolerate the Sean Connery films I wouldn’t want to sit through Roger Moore’s panto-style movies ever again.

Skyfall is both a call-back to old-school Bond and a deconstruction of the films and the character. In terms of both form and theme, it’s the most ambitious film in the series. At the end, as the credits were rolling, I was exhilarated and excited – yet I’m not sure I’m looking forward to what the Broccoli Gang will come up with next. For, see, Skyfall ends at a point where we could very easily segue into Dr No. Craig’s Bond at the film’s close is Connery’s original Bond, for all intents and purposes, complete with a male M and trusty Moneypenny.

Regardless of this, I come to praise Bond, not to bury him. After a boring, confused Quantum of Solace that barely works as a companion piece to Casino Royale – and that even then doesn’t add much to its predecessor – Sam Mendes has a much better handle on… well, everything. I haven’t yet seen a Mark Foster film that has convinced me the man deserves the praise he’s received, and he was most definitely the wrong man for Bond. Mendes hasn’t really done any action films, the closest being Road to Perdition, but he knows how to stage scenes effectively – and he knows how to pick his collaborators, with Roger Deakins turning in the most gorgeous film in the series yet. His aesthetic sensibilities complement Mendes’ directorial eye well, especially in a fight silhouetted against Blade Runner-esque Shanghai facades and in the Macao scenes. (Also, is it just me or is Mendes more overtly theatrical, though effectively so, in this than in any of his previous films?) 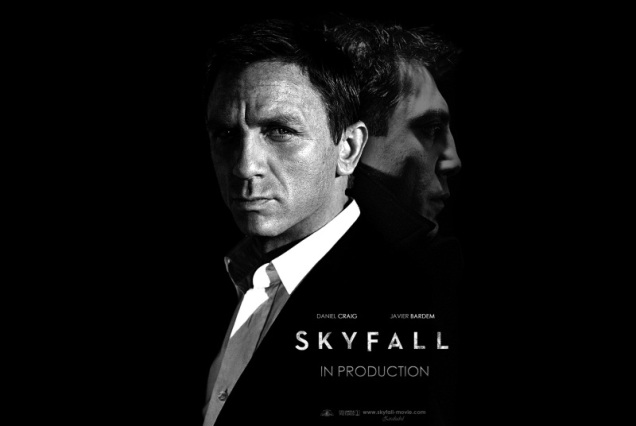 There’s more to like about Skyfall: the phantasmagoric-to-the-point-of-becoming-apocalyptic intro sequence (I didn’t like Adele’s song all that much until I saw it matched to the intro visuals), Craig’s co-stars (let me single out Javier Bardem who succeeds at being camp and chilling, gentle and deranged), a smart, witty script that doesn’t shy away from pathos when it is called for. It’s the first Bond film I’ve seen at the cinema that I wanted to see again as soon as the credits rolled, and it’s the second that has made me emotionally invested. Yet there remains that niggling feeling that Skyfall succeeds all too well at making everything that’s interesting about it superfluous for the next film in the franchise. Bond mentions at some point during the film that his hobby is resurrection – let’s hope that what this film has resurrected isn’t one of the undead, a revenant of the Bonds of old and nothing more.

P.S.: Ben Whishaw’s Q, while not much more substantial than a cameo, was much appreciated, as were Naomie Harris, Ralph Fiennes and Albert Finney.