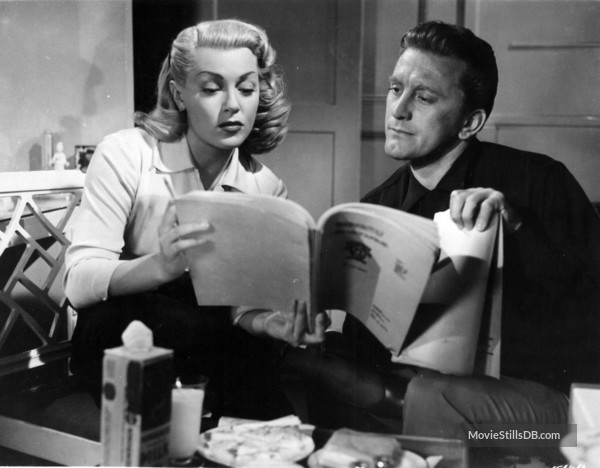 In this delicious satire by Vincente Minelli, a producer reminiscent of a rather more charming David O. Selznick backstabs his way to the top, only to be shunned by those he betrayed along the way. Equally obsessed with proving himself after his father is ruined, Jonathan Shields (Kirk Douglas) secures a job as a line producer by intentionally losing a game of poker to Harry Pebbel (Walter Pidgeon) and offering to work off the debt. His friend and collaborator Fred Amiel (Barry Sullivan) initially profits from the ruse, as they go on to produce B-movies together, but he is betrayed when the project closest to his heart is taken from him. END_OF_DOCUMENT_TOKEN_TO_BE_REPLACED

It’s dangerous to go back to the things you enjoyed as a kid after decades, because chances are that you’ll want to tear out your eyes and lobotomise yourself rather than know that, boy, did you have crap taste when you were young!

Going back and watching the ’50s version of 20’000 Leagues Under the Sea isn’t nearly as bad as it could be. There’s still a lot in the film that works: many of the special effects, if not up to scratch nowadays, still have a certain realism, so that the film still looks pretty damn good. This is helped by the underwater scenes and the colour art direction which won an Academy Award. (Makes you wonder what other Academy Awards they gave back then – Best Racist Caricature in a Motion Picture? Best Gratuitous Use of a ‘Funny’ Seal Sidekick? Best Repeated Underwater Performance of Toccata & Fugue As Bach Never Wrote It?) The film’s atmosphere is still cool, and the kid in me still thinks it’d be fun to be on the Nautilus, at least if that Nemo guy stays off the organ playing for a few hours.

At the same time, I never noticed just how clunky the dialogues and much of the acting were. Not that I expect Dostoevsky from a Jules Vernes adventure movie, nor did I think, “This film could do with more Lee Strasberg-type performances…” But at times you wonder whether Richard Fleischer ever bothered  to direct his cast. I know that Peter Lorre can do better, as can Kirk Douglas… and James Mason mainly works due to his eyebrows and his snobbish British accent, which makes lines like “I am not what is called a civilized man, Professor.” quite funny – you expect him to follow this with, “Now let us have a snifter of brandy and read some Shakespeare, shall we?”

And the trained seal and that insufferable “Whale of a Tale” song are evil, I tells ya! Eeevil!

P.S.: Speaking of Captain Nemo, perhaps I should take a day or two to write a blog entry on Alan Moore’s League of Extraordinary Gentlemen: Black Dossier. Very little Nemo in that one, though… Shame. 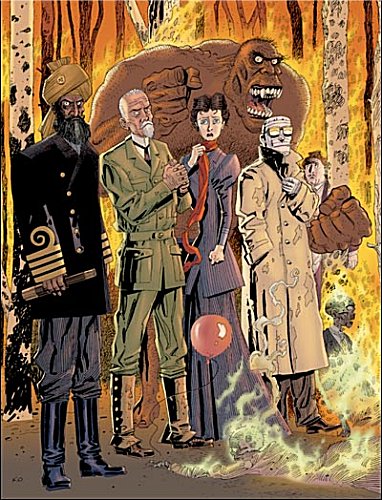